Top 10 Finish for Montecalvo at VIR 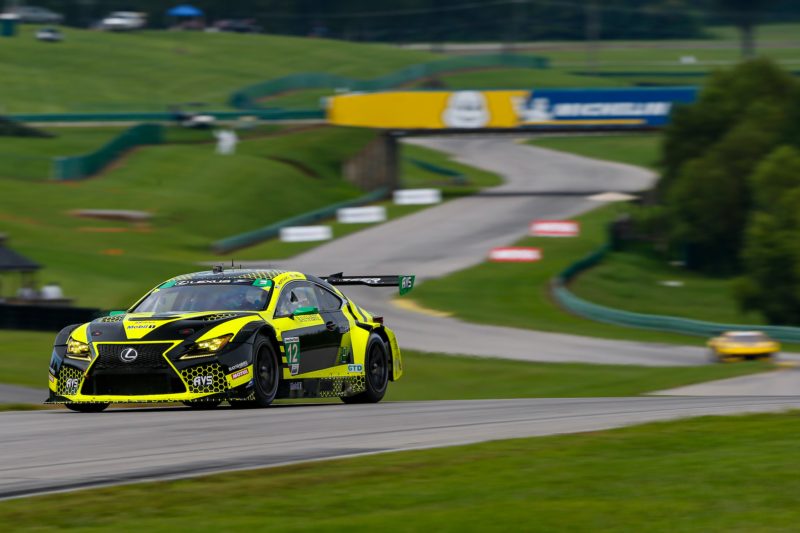 “Our weekend at VIR was definitely a success. Even though we weren’t able to score another podium finish, I’m very happy to come away from the weekend with another top ten finish,” said Montecalvo.

“Qualifying went well. It wasn’t easy because all of the times were so close, but I was able to qualify third. Only a few tenths separated the top ten cars. It just shows how competitive the GTD field is at VIR.”

“Unfortunately, I didn’t have the most ideal start. The cars at the top of the GTLM field were pacing slowly to the green flag, so my lane going into turn one was extremely slow. I was passed by two cars in the outside lane, got pushed out of the way, and had a bit of contact.”

“A couple of yellows came out early in the race, and the AIM Vasser Sullivan team made a great call to bring me in and do a short stop with fuel and left side tires. I’m not sure what anyone else did behind me, but we were able to take over the lead and stay in the front for a long time.”

“We were able to hold the lead, but it became harder to maintain as the stint went on. We pit from the lead under green to put Townsend in the car, so we fell back a few places. We were hoping for a yellow later in the race to catch us back up to the front of the pack, but it never came.”

“I would have loved to have scored another podium, but I’m still very happy to get another top ten finish. Once again, the AVS crew did a phenomenal job all weekend and gave us an incredible car. These last few sprint races have been great, but I am definitely looking forward to the six-hour enduro at Michelin Raceway Road Atlanta in two weeks!”

The next race will be the TireRack.com Grand Prix at Michelin Raceway Road Atlanta on Saturday, September 5. Be sure to follow Frankie on Facebook and Twitter to stay up to date with current broadcast times, networks, and all of Frankie’s racing news.