2020 – Piloting the No. 12 AIM Vasser Sullivan Lexus RC F GT3 in the IMSA Weathertech Sportscar Championship. Scored nine Top-10 Finishes in the GT Daytona class including a second place at the Daytona 240 and his first IMSA WeatherTech SportsCar Championship win at Road America.

2018 – Piloted the No. 64 Scuderia Corsa Ferrari 488 GT3 in the IMSA Weathertech Endurance Championship. Finished P5 at the Rolex 24 and Petit Le Mans in the GT Daytona class.

2016 - Piloted the #16 Black Falcon SLS AMG GT3 in the 24 Hours of Dubai. Starting in last place after a fire, they finished the race p2 overall.

2014 - Drove the #52 Prototype Challenge car for PR1 Motorsports in the Tudor United Sports Car Championship and made his second trip to the 24 Hours of Le Mans with 8-Star Motorsports and finished 4th and highest American entry in class.

2013 - Drove a Ferrari 458 with RAM Racing in the European Le Mans Series in the GTE-AM class. Saw the podium four times in ELMS and tied for 3rd in the driver championship. 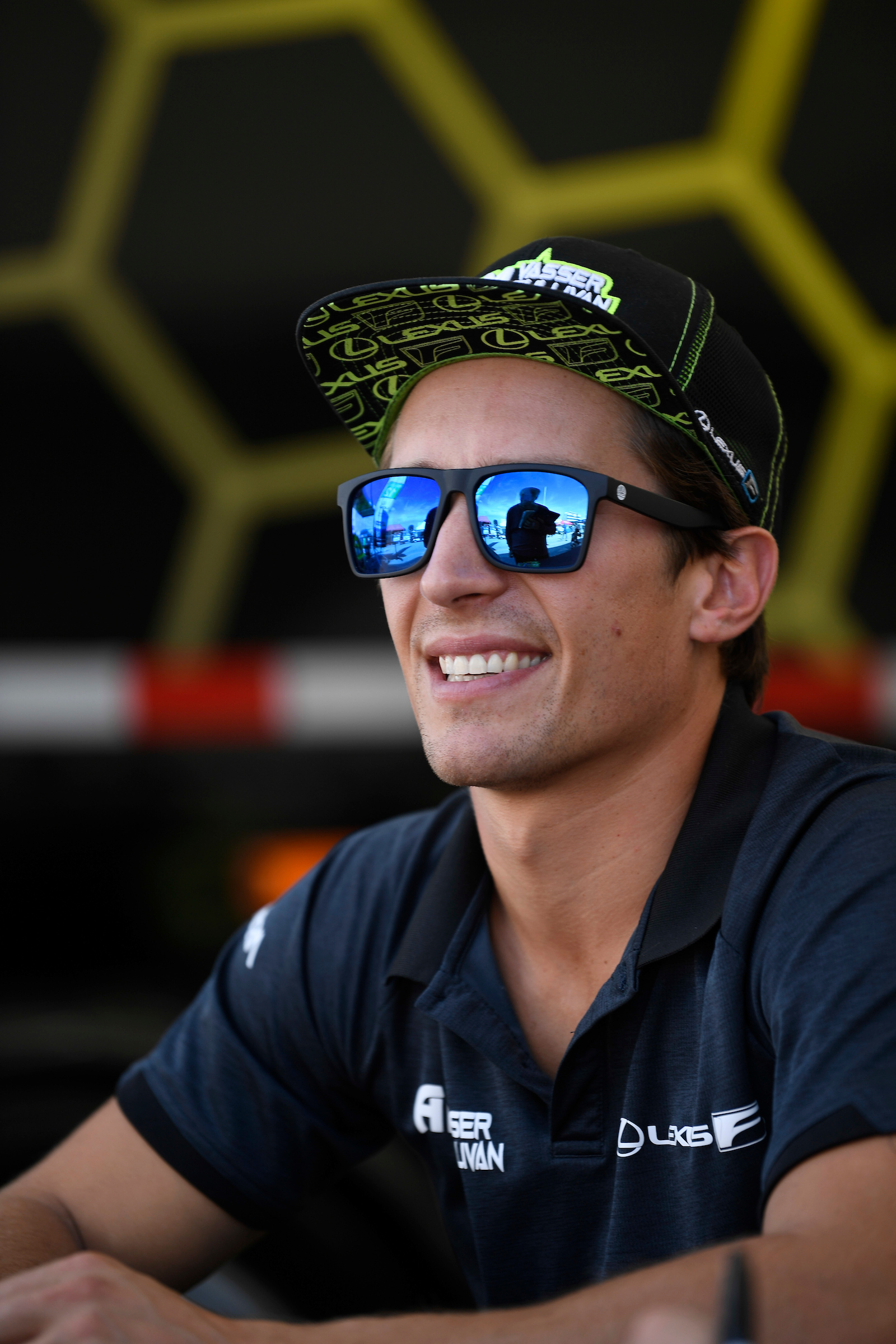 Frankie Montecalvo, 24, made his racing debut in 2008 by entering various club and historic events. The young driver’s passion and commitment to racing was demonstrated when he chose to race at Watkins Glen instead of attending his high school graduation. The New Jersey native is now in his seventh season of piloting race cars.

Montecalvo competed in the 2009 Grand-Am Koni-Challenge, partnered with pro-driver Gunnar Jeannette. Together, the duo snagged two top-10 finishes including their best finish of seventh place at Mid-Ohio. Multimatic Motorsports presented Montecalvo with the opportunity to join the development team for the Boss 302R Mustang and to drive in the Grand-Am Continental Tire Challenge for a full season in 2010. That same season Montecalvo became a participant in the Cooper Tire Prototype Lites Series. By the 4th race, he took first place at Miller Motorsports Park in Utah.

In 2011, he stepped up to the top level in ALMS and promptly recorded a second place at the Sebring 12 Hours. Driving for CORE Autosport, Montecalvo also claimed second place in the driver championship for LMPC class and his team won the championship. Broadening his horizons, Montecalvo & Jeannette teamed up for a WEC campaign in a Ferrari 458 in 2012. Montecalvo made his debut at the prestigious 24 hours of Le Mans in France. In 2013, Montecalvo teamed up with Jeannette in the #51 RAM Racing Ferrari 458 in the GTE-AM class in the European Le Mans Series. Montecalvo and Jeannette visited the podium four times during the ELMS season and tied for third in the driver championship.

2014 saw the boys coming back home to America with a ride in the #52 PR1 Motorsports PC machine in the Tudor United Sports Car Championship. Montecalvo and Jeannette visited the podium several times in 2014 and finished the season with a third place finish at the prestigious Petit Le Mans. Montecalvo also made his second appearance at the 24 Hours of Le Mans in 2014 in a Ferrari 458 with 8-Star Racing finishing 4th and was the highest American entry in class.

When not advancing his racing career, Montecalvo takes full advantage of the waterfront life in New Jersey. He is an avid boater who enjoys jet skiing, wake-boarding, snowboarding, and restoring cars. Physical fitness, strength and health training are also amongst his hobbies.

Montecalvo is currently driving the No. 12 AIM Vasser Sullivan No. 12 Lexus RC F GT3. Montecalvo enjoyed success with AIM Vasser Sullivan in 2019 with a second-place finish at the Rolex 24, and two third-place finishes at the Detroit Grand Prix and Canadian Tire Motorsports Park. Montecalvo is hopeful for a successful 2020 season with AVS as he continues his hunt for a championship win. 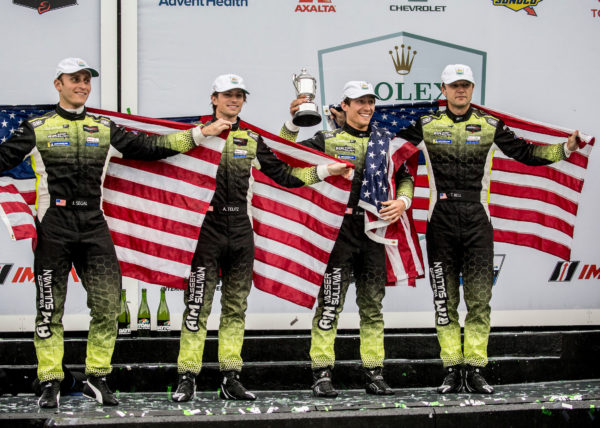 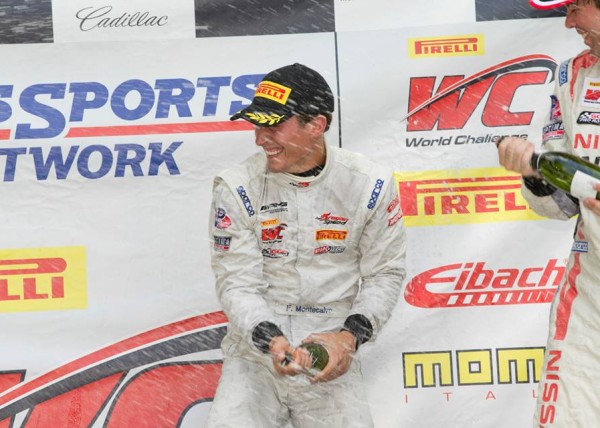 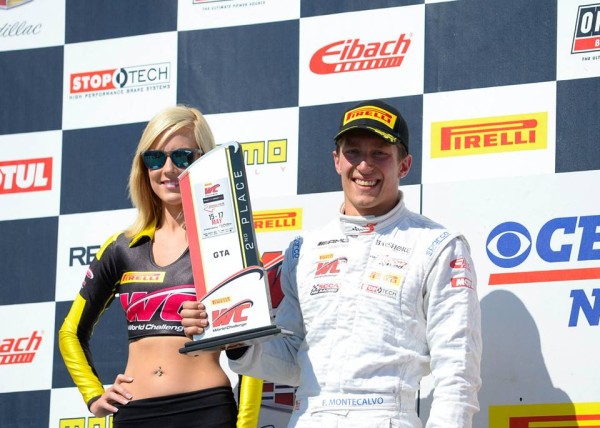 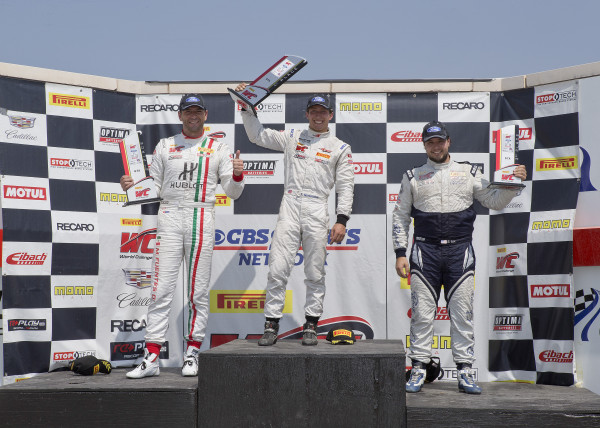