Top 10 Finish for Montecalvo at Sebring 12 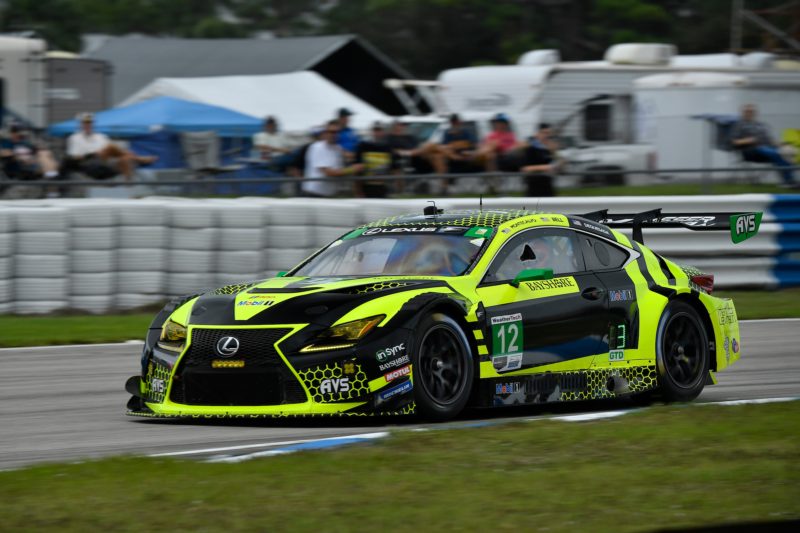 Montecalvo qualified the No. 12 Lexus RCF GT3 sixth in class for the start of Saturday’s race. When the green flag flew, Montecalvo quickly made up three positions and ran third in class before handing the car over to De Quesada.

“Looking back on the weekend at Sebring, I would say it’s definitely a pretty typical 12 Hours of Sebring weekend. There are so many highs, but there can also be a lot of lows associated with a twelve-hour race,” said Montecalvo.

“Our start went really well. I was able to get by a couple of cars right off the bat. I stayed with the leaders and then put a good gap on the rest of the field. I settled into a rhythm and brought the car into the pits in third. The guys did an incredible job with pit stops, and Michael was able to work his up to second.”

“When Townsend took over the car, he made his way into first. We had a strong pace and a great run going, with our sister car just behind us and a decent gap to the rest of the field.”

“We had some terrible luck with the fluid on the track. Townsend didn’t know there was anything on the track. There were no flags, and there was nothing on camera yet to suggest there was fluid down, so I wasn’t able to spot it and alert him. He thought something had broken on the car, which caused him to spin into the barrier.”

“The team got to work immediately to try to fix the car. When it was determined that the No. 14 would have to retire, that crew came over to the No. 12 side and did everything they could to help get us back on track as quickly as possible.”

“I’ve said it before, but we truly have the best crew in the business. They were able to get us back on track and running strong. Unfortunately, we were about 25 laps down and running in twelfth place, but we were determined to keep going.”

“By the end of the race, we managed to work our way back to tenth place. I was happy to score a few more points for Lexus in the Manufacturer’s Championship. It’s not how we wanted to end the race or the season, but that’s just how Sebring goes sometimes.”

“I want to give a huge thank you to AIM Vasser Sullivan and to Lexus for another incredible season. I cannot thank the team, the crew, and my co-drivers enough for all of their hard work throughout the season. It was a crazy year, but to come away with a couple of pole positions and my first win in the IMSA WeatherTech championship is truly something I will cherish forever.”

Montecalvo is working to put a 2021 racing package together and hopes to announce his plans for next season in the coming weeks. Be sure to follow Frankie on Facebook and Twitter to keep up with all of his racing news.