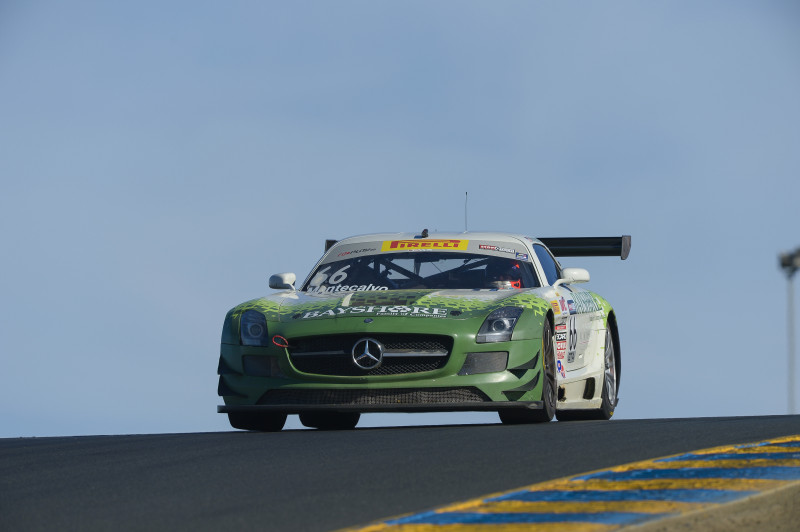 Friday, September 16, 2016 – Sonoma, CA – Bayshore Racing driver, Frankie Montecalvo has decided to withdraw from the remainder of the 2016 Pirelli World Challenge Championship season after not receiving a new Mercedes AMG SLS GT3 chassis for rounds 18 and 19 at Sonoma Raceway.

The decision came early Friday morning when Montecalvo discovered that the chassis that his former team, Dime Racing, brought to the track was not the new chassis that he had been promised many races prior.

“I have been promised several times that we would receive a new chassis direct form AMG for the past several races,” explained Montecalvo.

Montecalvo has raced the same chassis since the start of the 2015 Pirelli World Championship (PWC) season. At the PWC Long Beach round, Montecalvo suffered a major hit heavily damaging the chassis, which caused several issues for him throughout the season.

“When we didn’t receive the chassis before Mid Ohio, I pulled out of the race because the car had not gone through a proper inspection by Mercedes prior to the race. Because Mercedes never received any photos or update on the chassis from Dime Racing, Mercedes was not able to give me approval to continue with the chassis, so I thought it was best not to race.”

“We ended up racing again at Utah, and made the best of the situation getting a class win and a top 10 finish. During the second race we experienced the same issues we had suffered during many of the previous races which caused another right rear suspension failure and another DNF.”

“When I left Utah, I was told that the new chassis was shipping out the following week and that it would be ready to go for Sonoma, but unfortunately when I arrived here today, I saw the same totaled chassis, another driver entered on the car and received a lot of conflicting information from Dime Racing.”

“It’s very unfortunate to have to end the season this way, but I think it is the best decision for me. I will now be focusing on my 2017 racing plans and hope to announce my 2017 plans within the coming weeks.”