Montecalvo to Start Tenth at Rolex 24 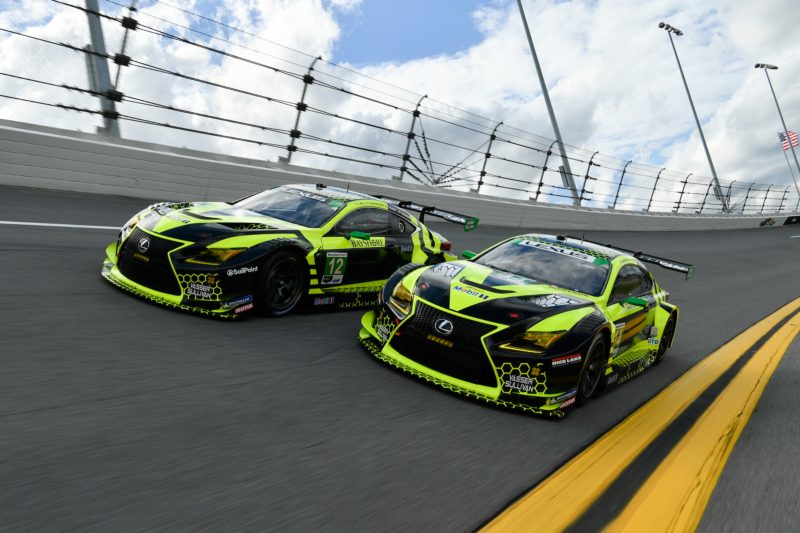 Thursday, January 28, 2021 – Highlands, NJ – Vasser Sullivan Racing driver Frankie Montecalvo, along with co-drivers Zach Veach, Robert Megennis, and Townsend Bell, will start tenth at the 59th running of the Rolex 24 at Daytona. The field was set at the first ever 100-minute qualifying race at the Roar Before the 24 last weekend.

Megennis and Veach took on the qualifying honors for the race that started in wet conditions and saw several yellow flags throughout.

“We had a very productive weekend at the Roar Before the 24. Our primary goal was to give Zach and Robert as much time in the seat as possible to make sure they felt comfortable leading up to the big race,” said Montecalvo.

“The guys did a phenomenal job in the 100-minute qualifying race. They stayed out of trouble, kept the car clean, and qualified our No. 12 Lexus RC F GT3 tenth in class for the Rolex 24. The conditions were definitely a bit tricky with the race starting in the wet, and then we saw several yellow flags right off the bat, but they avoided the mayhem and secured a solid starting position for the 24.”

“In addition to having two new drivers in our line-up, we also have several new crew members. Just like Zach and Robert, the new guys fit right in and did an incredible job all weekend.”

“I’m really fortunate to be starting my third season with Vasser Sullivan and Lexus Racing. Starting a season with a 24-hour race is hard on its own, but knowing the team, the car, and how everything operates gives us a leg up on some of the competition.”

“Our game plan for the 24 is to have a clean start, stay out of trouble, run clean and consistent stints throughout, and then push like crazy in the last two hours. The ultimate goal is the top step of the podium on Sunday afternoon. I’ve had the honor of competing in this race for a long time, and the closest I’ve come is second place. There’s nothing more that I’d like to do than to get that Rolex.”

On track action for the Rolex 24 at Daytona begins Thursday, January 28, and continues through the weekend. Coverage for the Rolex 24 will start at 3:30 PM ET on NBC. You can watch Live on NBC, NBC Sports Network, and on TrackPass throughout the entire 24 hours. Be sure to follow Frankie on Facebook and Twitter to keep up with current broadcast times and all of Frankie’s racing news.