Montecalvo to Skip Race One at Canadian Tire Motorsports Park 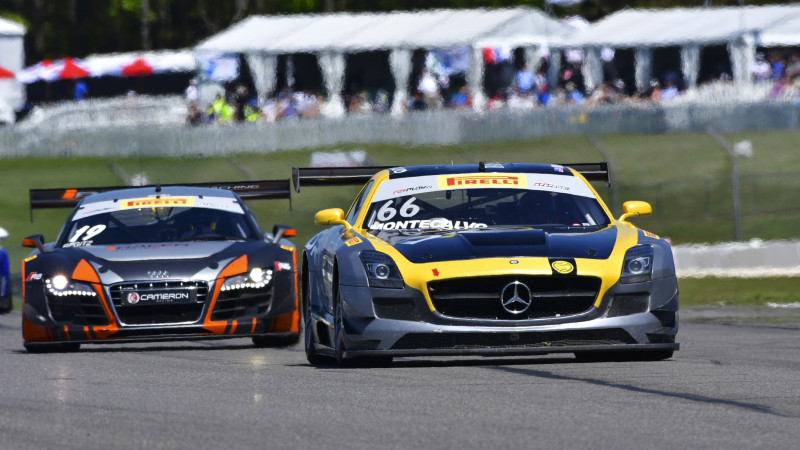 Wednesday, May 18, 2016 – Highlands, NJ –Dime Racing driver Frankie Montecalvo is ready to make his way to his favorite track, Canadian Tire Motorsports Park, for rounds eight and nine of the Pirelli World Challenge Championship. Montecalvo will compete in Thursday and Friday’s practice sessions, and again in the race on Sundayafternoon, but will be skipping the race on Saturdayin order to be in his sister’s wedding in New Jersey.

“It’s definitely going to be a busy weekend for me. I will arrive in Canada on Wednesday, compete in the practice rounds on Thursday and Fridaymorning, then go straight to the Toronto airport to make it back to New Jersey for the rehearsal dinner Friday evening,” explained Montecalvo.

“We tried to figure out a way for me to be able to race on Saturday, whether it was to charter a helicopter and pilot or fly privately, but with the timing of the race and the wedding, there was just no way it would work out. I’ll skip Saturday’s race, but I will fly back to Toronto Sunday morning from Newark, NJ, then someone from the team will pick me up, drive straight to the track and then be able to compete in Sunday’s race.”

Because Montecalvo will not compete in Saturday’s race, he will have to start the race from the back on the field on Sunday.

“I’ll have to start from the very back on Sunday, but that’s okay. Canadian Tire Motorsports Park is my favorite track on the Pirelli World Challenge schedule, so I’m excited for the challenge of having to work my way through traffic to chase down the leaders. The track is very unforgiving if you make a mistake, so you always have to be on your toes, but that’s just another reason why it’s my favorite place to race.”

Although Montecalvo will have his work cut out for him on Sunday, he hopes to be able to capture his first win of the 2016 Pirelli World Challenge season.

“The Dime Racing guys have been working so hard on the car, and it just keeps getting better and better. We were so close to a win at Barber Motorsports Park, and I feel confident that when we get to Canadian Tire Motorsports Park, the car is going to be the best it’s been all year.”

“I’m definitely going to have a lot of work to do on Sunday, but I know the Dime guys are going to give me a great car, and I’m really pleased that I will be able to make the race on Sunday. I couldn’t be happier for my sister Nicole and her soon-to-be husband Mike, and I’m so glad to be a part of their big day and wish them all the love and happiness in their marriage.”

You can watch Frankie race LIVE on Sunday, May, 22 at 3:00 PM EST via live streaming at www.livetiming.net/pwc/ And catch the re-air on Sunday, May 29 on CBS Sports Network at 12:00 PM EST.