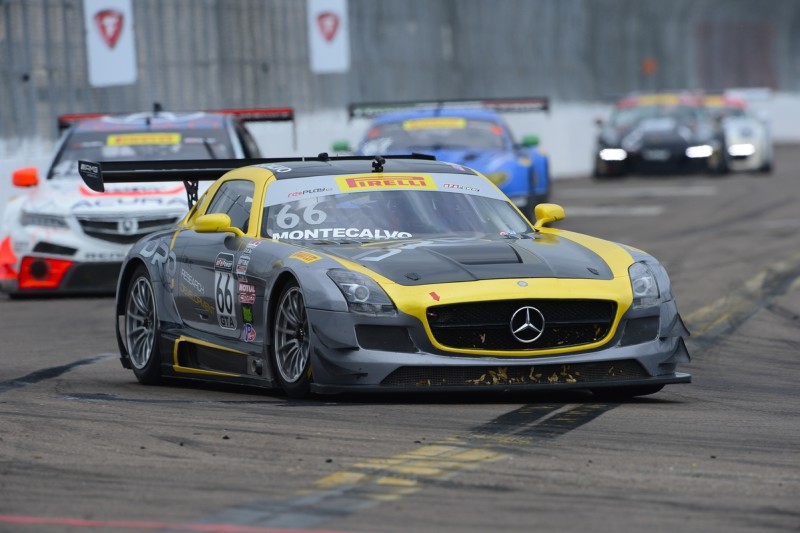 Although Montecalvo has made several trips to the infamous Southern California street circuit in a PC car in the American Le Mans Series, this will mark the second appearance Montecalvo has made at the 1.968-mile circuit with a Mercedes AMG SLS GT3, but the first with his new team Dime Racing.

“I always enjoy going to Long Beach. It’s such a cool track with a ton of history and I’m really excited to go there with Dime Racing,” stated Montecalvo, 25, of Highlands, NJ.

“To be honest, I’ve never really had much luck at Long Beach, so I’m hoping to change that this year, especially since Long Beach is the team’s home track. I know we’ll have a lot of fans there and Dime Racing family, so we really want to come away with a good result for the guys.”

“Last year, we got hit early on in the race, so our main focus is to stay out of trouble, stay out of the walls, and try to gain as many championship points as we can this weekend. This is another back-to-back race weekend with Barber Motorsports Park next weekend, so we want to finish the weekend with a clean car so set up is as smooth as possible for next weekend’s race.”

The Pirelli World Challenge Championship roster will see several new entries to the GTA Class at Long Beach. With a smaller class than normal for last month’s Grand Prix of St. Petersburg, Montecalvo is eager to see some more competition in class.

“I’m really happy to see a few more entries in the GTA class this weekend. We’re always racing tough against the GT entries, but it’s nice to have more competition in class to compare ourselves to and to continue to learn about the car and improve as a team and driver.”

“With more competition comes more challenges, but I’m definitely ready to take on all the challenges that make up Long Beach and hope we can finish the weekend with another podium finish and head on to Barber with a clean car and another podium under our belts.”

You can watch all the action of the Bubba Burger Sports Car Grand Prix at Long Beach at the following times: