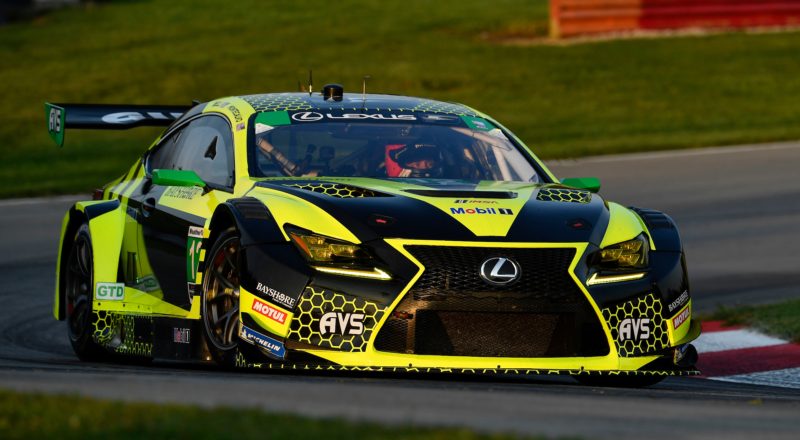 “I’m looking forward to getting back to Laguna Seca. The team had a massive job putting the car back together in such a short period of time,” explained Montecalvo.

The No. 12 Lexus RC F GT3 sustained heavy damage from an incident at Petit Le Mans less than two weeks ago when a GTLM car made contact with Bell during a restart in the final minutes of the 10-hour race.

“Our goal is to get to Laguna and do our best for the guys and the team who put all of that hard work towards getting the car ready to go for the race. I can’t thank the guys enough for all of their efforts. They’ve worked so hard the last week and a half to get everything repaired and put back together in time for Laguna.”

Montecalvo is no stranger to the 2.238-mile circuit situated in Monterey, CA. However, Laguna Seca is known as one of the most technical tracks in North America, so finding a good setup for the No. 12 Lexus will be key for the weekend’s two-day event.

“We’ve been learning so much in the last few sprint races to be able to get our car set up well for these shorter events, so we have a lot of confidence in that going into the race week. Laguna is a very technical, low-grip circuit, which always makes setup a bit more difficult, but I’m confident that the team will be able to find a setup that suits our Lexus well.”

“It’s crazy to think this is our final sprint race of the season. We’ll be doing everything we can to finish on the podium. Lexus is currently leading the manufacturer’s championship, so our goal is to have a clean race, finish on the podium, and to maximize the number of points we can score for Lexus as we head into the final race of the 2020 season.”

On track action for the Monterey Sports Car Championship begins Saturday, October 31, and continues through Sunday. Although fans will not be allowed to attend the race, you can catch all the race action on Sunday, November 1, at 4:05 PM ET on NBC TrackPass or on NBC Sports with tape-delayed coverage beginning at 6:30 PM ET. Be sure to follow Frankie on Facebook and Twitter to keep up with current broadcast times and all of Frankie’s racing news.