Montecalvo Sees Much Improvement at Grand Prix of St. Petersburg 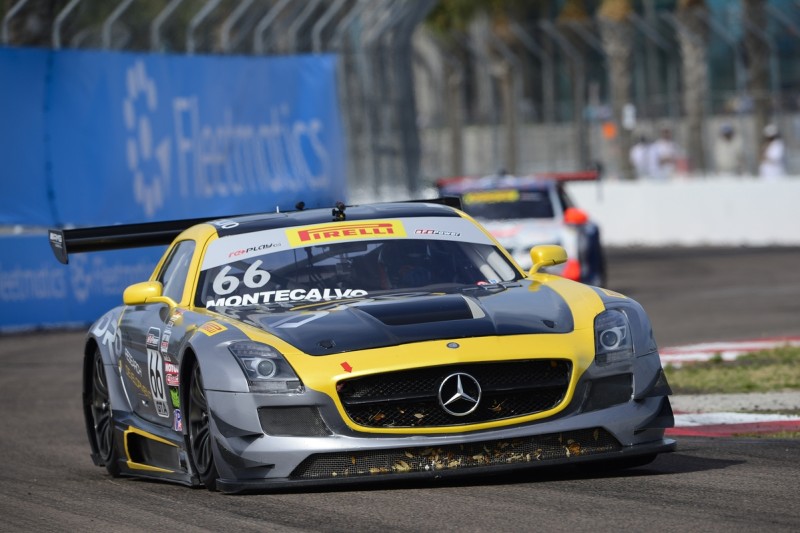 After racing at the Circuit of the Americas in a car with a broken differential and a new team only two weeks ago, Montecalvo and the Dime Racing crew had only days to get the car to St. Petersburg, Florida and set up for the 14-turn, 1.8 mile street circuit. Not only were they able to get the car prepped and ready for the weekend, but Montecalvo was able to come away with two-second place finishes.

“I’m very pleased with my second race weekend with Dime Racing and really enjoyed St. Pete. The team was great, especially with the quick turn around from COTA and getting everything prepped and ready for the weekend,” stated Montecalvo, 25, of Highlands, NJ.

“The car was still a bit of a handful, and we still struggled with setup, but it was a huge improvement from COTA. At St. Pete we found out that the rear tire spec is actually a different tire than last year, so we think that could be contributing to some of the issues we are having. Not only was the front tire changed, which we knew, but now we know that the rear has been changed as well.

“We’re still having some setup issues, but we’re learning new things every weekend, and with the month break between now and Long Beach, we should hopefully be able to get a few more things dialed in and get back up to the pace where we ultimately want to be.”

Dime Racing, a research and development firm from Irvine, CA, specializing in innovative technologies originating from racing, is hopeful to take delivery of two new Mercedes AMG GT3s before next months third round of the Pirelli World Challenge Championship at the Grand Prix of Long Beach in California. Although Dime Racing may have other drivers lined up for those two entries, Montecalvo certainly wouldn’t mind a chance to drive one of the updated cars.

“It sounds like there are two other guys lined up for the new cars, but I would love the opportunity to drive one. The team owner, Rod Shegem, has expressed some interest in me driving one of the cars in a couple of press articles, so that would be really exciting. The new cars will have all the new, factory updates and are definitely going to be quick,” explained Montecalvo.

The next round of the Pirelli World Challenge Championship will be held in Long Beach, CA at the Grand Prix of Long Beach. Although Montecalvo didn’t have the best of luck there last year after being hit from behind by another competitor, he is ready to get back to the infamous Southern California street course with Dime Racing and end the weekend with a pair of podium finishes at races five and six of the Pirelli World Challenge Championship.