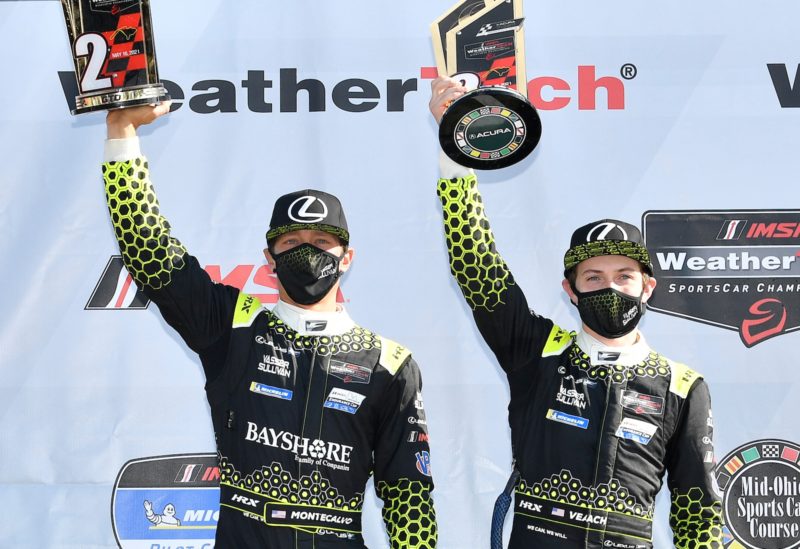 Montecalvo had a clean start and held his position in fourth before turning the car over to Veach for the remainder of the race. Montecalvo and Veach’s mistake-free stints coupled with the outstanding strategy calls from the Vasser Sullivan team enabled the No. 12 car to score its first podium of the 2021 season.

“The weekend at Mid-Ohio went really well. It was great to get back on the podium and shake off some bad luck that we had there last year at the start of the race,” said Montecalvo.

“We had a fairly aggressive start while I was challenging the Mercedes for third place. We were rubbing doors through the first couple of corners, but I backed out of it to preserve the car and to avoid having a repeat of last year.”

“From there, I fell into a groove and ran fourth for my entire stint before handing the car over to Zach. The team did a phenomenal job calling the race, which moved us up into third. Zach did a great job holding off the Lamborghini and had a flawless run to the checkered.”

“I’m so happy that we were able to score our first podium of the season, and Zach’s first podium in IMSA. Our teammates lead the way all weekend, so it was unfortunate that they had a failure that caused them to pit for repairs, but I’m glad we were still able to bring some points home for the team.”

“I can’t thank everyone at Vasser Sullivan and Lexus enough for an incredible weekend. I’m looking forward to getting back to street course racing at Detroit in a few weeks, and I hope this finish marks the first of many more podiums to come this season.”

The next race for Montecalvo will be the Detroit Grand Prix on June 12. Be sure to follow Frankie on Facebook and Twitter to keep up with current broadcast times and all of Frankie’s racing news.