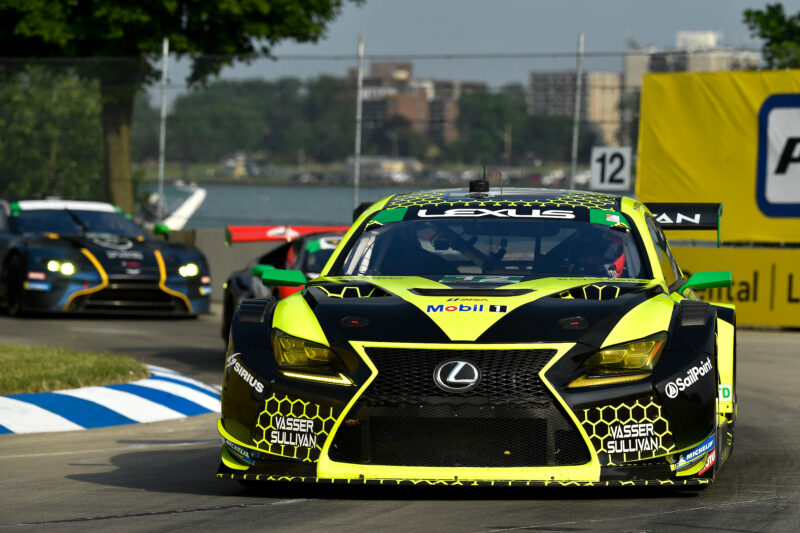 The event marks Montecalvo’s first time racing in the GT Daytona class in the IMSA WeatherTech series at the Grand Prix. The last time Montecalvo competed at Long Beach was 2016 in the World Challenge Series. Montecalvo also contested an LMPC car with CORE Autosport at Long Beach in 2011.

“I’m really looking forward to getting back to Long Beach, especially in our No. 12 Lexus RC F GT3,” said Montecalvo.

“Long Beach is such a cool event. To have a street course down by the ocean makes it even more exciting. The track itself is a lot of fun to drive, but it’s been about five years since I’ve driven there.”

“Jack [Hawksworth], our co-driver in the sister car, has raced there previously with the Lexus, and he says the course suits the car very well. Knowing the car performs well there is great, but it’s still a street course, so anything can happen.”

“Staying out of trouble and qualifying well will be key. It’s a tight track that is difficult to pass on, so having a good qualifying run will be important. It’s also a 100-minute race, which means we should only have one pit stop. Making sure we have our driver changes as short as possible and having no mistakes in the pits will be critical.”

“I can’t wait to get back on track on Friday morning. I have always loved street courses, and Long Beach is no exception. It’s been a few races since we’ve made a trip to the podium, so I’m hoping to be back up there this weekend.”

On track action for the Long Beach Grand Prix starts Friday, September 24. The green flag flies for the 100-minute sprint race on Saturday, September 25 at 5:05 PM ET. You can catch all the action live on NBC Sports Network with coverage beginning at 5:00 PM ET.  Be sure to follow Frankie on Facebook and Twitter to keep up with current broadcast times and all of Frankie’s exciting racing news.