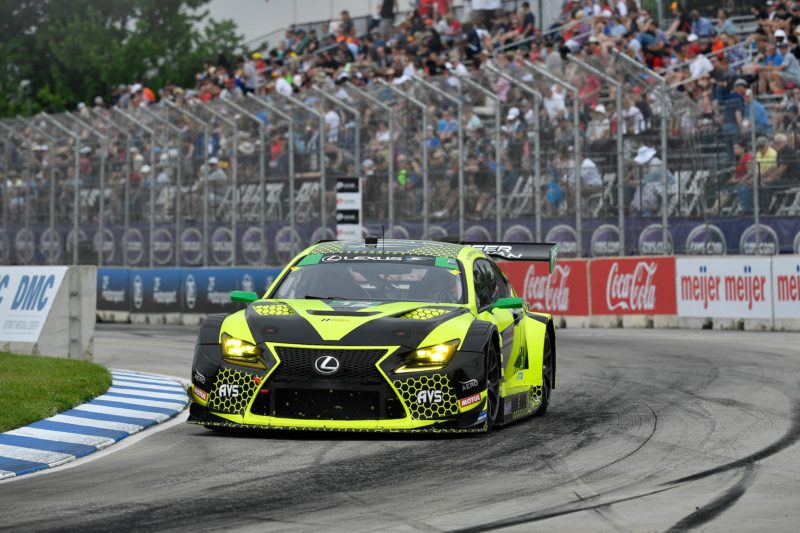 Thursday, June 27, 2019 – Highlands, NJ – After finishing on the podium at the previous round of the IMSA WeatherTech Championship in Detroit, AIM Vasser Sullivan driver Frankie Montecalvo is ready to keep the momentum going at the Sahlen’s 6 Hours of the Glen this weekend.

The event marks the third round of the Michelin Endurance Cup Championship and fifth round of the regular season IMSA WeatherTech Championship. Aaron Telitz will once again join Montecalvo and full season co-driver Townsend Bell for the six-hour endurance race at Watkins Glen International.

“I’m looking forward to racing at the Glen and getting back into the endurance race formats. Although it’s the shortest of the four endurance races, we still approach it with an endurance racing mentality. However, with the competition in the GT Daytona class as strong as it is, we also have to treat the Glen like a six-hour sprint race,” explained Montecalvo.

“Everything needs to go right to come away with another podium at Watkins Glen. That means we need to start our practice sessions strong, qualify well, execute flawless pit stops and stay out of trouble on the track, and if there’s any team who can make all of those things happen, it’s AIM Vasser Sullivan.”

“We learned an invaluable amount of information at Detroit, even with the condensed race schedule. With every session, our Lexus RC F GT3 continued to get better and better, so I’m looking forward to rolling off the truck at the Glen and continuing to build on that foundation.”

“Aaron Telitz will once again join Townsend and I behind the wheel. Aaron is very quick and a great addition to our lineup. I know we’re all anxious to get things rolling on Friday and to kick off the busy summer racing season. We’re hoping to keep the momentum from Detroit going, and to finish the weekend on the podium again.”

On track action for the Sahlen’s Six Hours of the Glen begins Friday, June 28 with two practice sessions and continues through Sunday. Green flag for the 6-hour enduro flies at 9:45 AM ET. Flag-to-flag coverage of the race will begin at 9:30 AM ET on the NBC Sports App. You can also catch a condensed version of the race at 7:00 PM ET on NBC Sports. Be sure to follow Frankie on Facebook and Twitter to stay up to date with current broadcast times as well as all of Frankie’s racing news.