Montecalvo Ready to Take on Rolex 24 at Daytona 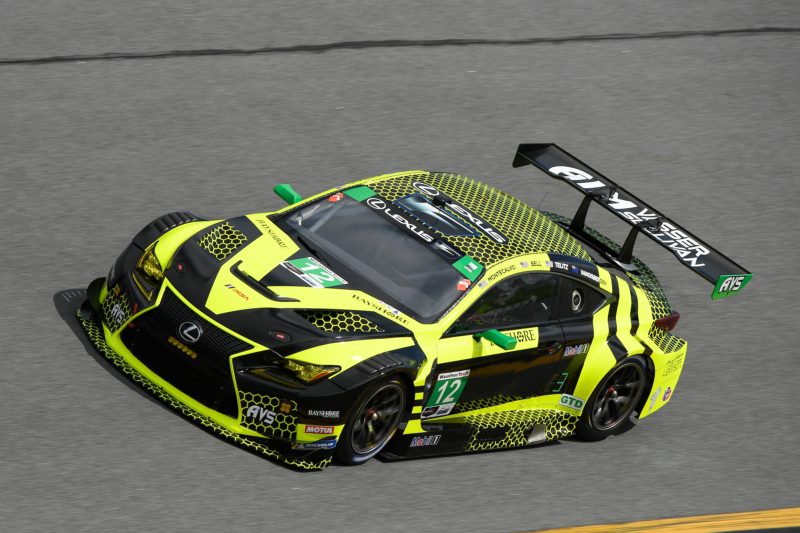 In 2019, Montecalvo and the AIM Vasser Sullivan team finished second in the GTD class at Daytona. With victory so close last year, their goal for this weekend is nothing short of the top step of the podium.

“Daytona 2019 exceeded all of my expectations. I knew we had a great car and an awesome line-up, but to come away from the biggest race of the year, with a first-year IMSA team, and to have a second-place finish was incredible,” explained Montecalvo.

“Now that we have a year under our belts with this car and team, our goal is absolutely a win at Daytona. We know we have an amazing team behind us. We have a fantastic driver line-up and an incredible car, so it’s up to us to be smart, run a clean race, and ultimately bring it home on the top step.”

“Last year at Daytona, we saw some of the worst racing conditions that I’ve ever experienced in my driving career. The forecast looks like we should have a dry race, but it’s Daytona in January, so anything can happen. However, after our performance in the rain in 2019, I feel confident that our Lexus RCF GT3 and the AIM Vasser Sullivan team are ready to take on anything.”

“It’s great to be back in the car with Townsend for the full season and to have Aaron complete our line-up for the endurance races. Shane is new to the line-up for the Rolex 24, but he’s competed here before and was immediately up to speed in the Lexus after his first session at the Roar.”

Two weeks ago, each IMSA Weathertech class qualified for garage placement during the Rolex 24 week.  Montecalvo qualified P1 at the Roar, enabling AIM Vasser Sullivan to have the first pick of garage stalls.

“I think we were able to show what our Lexus can do at the Roar two weeks ago. We put it all out there, and we came away with the fastest car that weekend, but now it’s the real thing. We’re going to be pushing as hard as we can for that top step. To see our No. 12 Lexus drive across the finish line first when the checkered flag falls on Sunday would be completely indescribable, but that is 100% our goal, and I cannot wait to get this race started.”

On track action for the Rolex 24 at Daytona kicks off Thursday, January 23.  You can watch Frankie and the AIM Vasser Sullivan team race live on Saturday, January 25 at 1:30 PM EST on NBC Network. Be sure to stay tuned in to Frankie’s Facebook and Twitter to stay up to date with current broadcast times, networks and all of Frankie’s racing news.