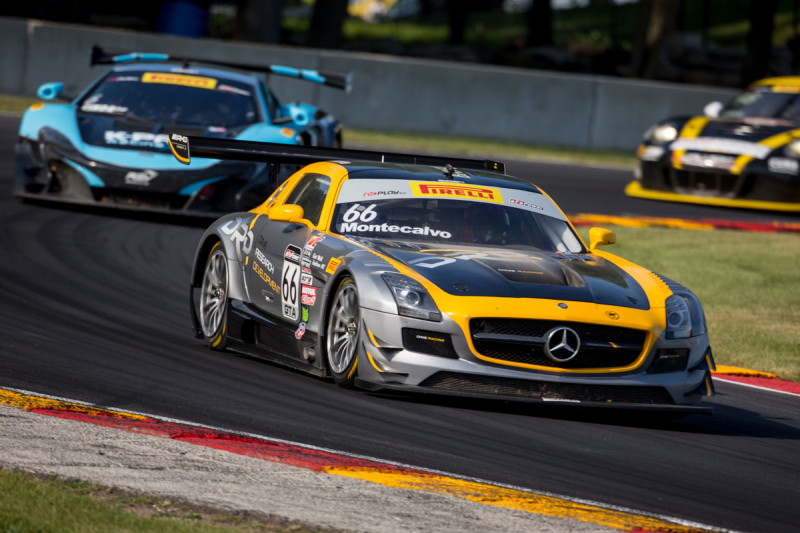 Wednesday, August 10, 2016 – Highlands, NJ – Dime Racing driver Frankie Montecalvo is ready to get back to the track this weekend for Rounds 16 and 17 of the Pirelli World Challenge Championships at Utah Motorsports Campus in Tooele, UT.

Montecalvo who skipped the Mid-Ohio rounds two weeks ago is looking forward to returning to the Utah road course, especially after having won both Pirelli World Challenge races there in 2015.

“I’m really excited to head back to Utah Motorsports Campus. I absolutely love the track and love the area, and I have a lot of miles on that track,” said Montecalvo, 25, of Highlands, NJ.

“We had a great run there last year. We won both races back to back and had a competitive run with the GT guys at the front of the pack. I qualified up front and stayed there for the majority of both races. We had a really fast car, and I’m looking forward to getting back on track there this weekend.”

With only three race weekends left in the Pirelli World Challenge Championship, Montecalvo and the Dime Racing team want to get everything they can out of their Mercedes AMG SLS GT3 and have been working tirelessly the past month to get the car ready for the weekend.

“We experienced a delay receiving the new chassis, so the team decided to focus on getting our current car ready for the Utah Grand Prix and bowed out at Mid-Ohio in preparation for Salt Lake City. The car we had in Utah last year proved to be unstoppable, so I’m looking forward to having another really competitive run there this weekend.”

Dime Racing is scheduled to receive a new chassis for the Mercedes AMG SLS GT3 in time for the Pirelli World Challenge Sonoma Raceway rounds.

And you can catch the re-air on Sunday, August 21 at 2:00 PM EST on CBS Sports Network!