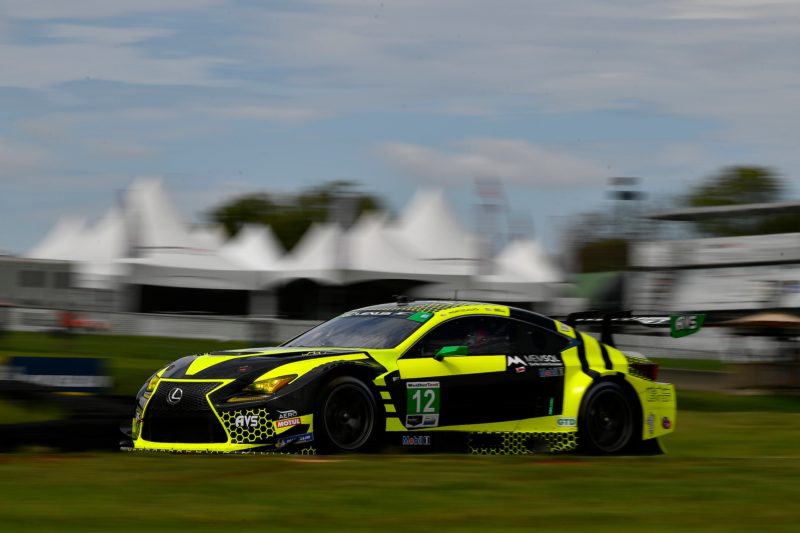 “I always love going back to Laguna.  It’s a beautiful track, and I love the surrounding area and being able to spend some time on the west coast,” said Montecalvo.

“Going into the race, it’s our final sprint race on the calendar, so it’s exciting to be in the final stages of the season because everything is on the line, but I’m certainly not ready for the season to be over yet. Our goal remains the same, and that’s to score as many points as possible for AIM Vasser Sullivan and Lexus, run a clean race and hopefully find ourselves on the podium on Sunday.”

“Laguna is a track that historically is not so great for tire wear, but everyone will be switching back to a softer Michelin tire for the weekend. We haven’t ran this tire since Sebring, but we have been able to learn quite a lot about the Lexus RC F GT3 over the season, so we’re hoping to be able to put a successful package together once we hit the track on Friday.”

Montecalvo and co-driver Townsend Bell currently sit fourth in the drivers’ championship standings, with only eight points separating the duo from second place.

“We’re going into Laguna Seca tied for fourth in the championship. We’ll be pushing as hard as we can for the maximum amount of points during our final two races because we still have a great shot at fighting for the top places in the team, manufacturer, and drivers’ championships. I think first place may be out of reach for us in the drivers’ championship because the Acura has been able to pull so far ahead, but we’re hopeful for a positive result this weekend that will get Townsend and I, the AIM Vasser Sullivan team, and Lexus closer to those top spots in the championship.”

On track action at WeatherTech Raceway Laguna Seca begins Friday, September 13 and continues through Sunday with the green flag flying at 3:05 PM ET. You can watch Frankie and Townsend race live on NBC Network with coverage beginning at 3:00 PM ET. Be sure to follow Frankie on Facebook and Twitter to stay up to date with current broadcast times as well as all of Frankie’s racing news.