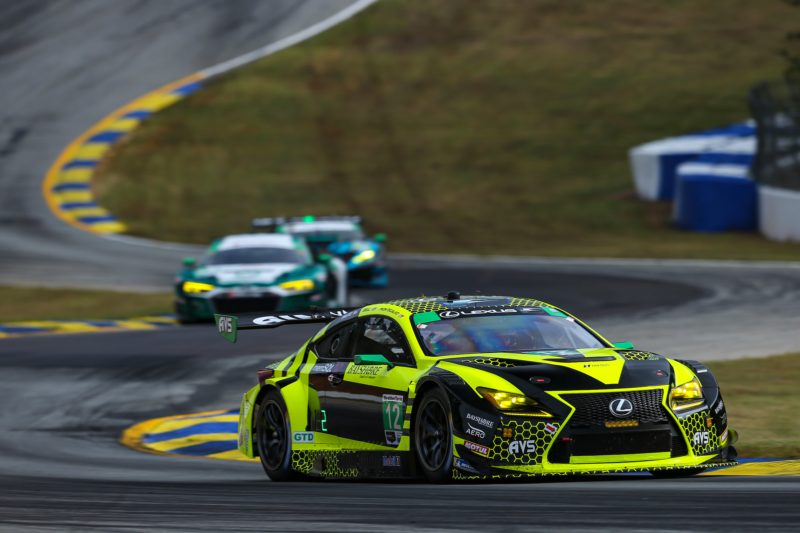 The second round of the Michelin Endurance Cup was originally scheduled to be held at Watkins Glen in late June, but due to the COVID-19 pandemic, the round was cancelled at Watkins Glen and rescheduled for Road Atlanta. The event also marks the sixth round and halfway point of the WeatherTech Sportscar Championship.

“I always love going back to Road Atlanta. It’s one of the first road courses that I had the opportunity to drive at the beginning of my career, and it’s such an amazing place to race. I love the elevation changes, and all of the corners on the track are unique and fun in their own way,” said Montecalvo.

“It’s going to be strange going to Road Atlanta for a six hour event, because we’re all so accustomed to going there for the 10-hour Petit Le Mans later in the year, but I think it’s going to be a nice addition to the schedule and a good track and race length for the Lexus.”

“We’re going to have a very strong line up for this race. Townsend and I will be joined by Aaron Telitz again. Aaron was with us at the Rolex 24, but then stepped into the full season line-up in the No. 14 car with Jack Hawksworth. We’re looking forward to having the original line-up back together for Road Atlanta and will be aiming for maximum points as we enter the second half of the season.”

Currently, Montecalvo and Bell sit third in the driver’s championship, only seven points behind first place.

“We are definitely going to be pushing for the top spot this weekend. We’re getting into the back half of the season, so every race is important, but especially these endurance events with more points on the line. I’ve never been on the podium at Road Atlanta, so that makes me want to win that much more.”

“I’m also looking forward to having the fans back at Road Atlanta. Even though they won’t be allowed in the paddock, it’s always special to see the hills lined with fans, so we’ll be doing everything we can to put on a good show for them and to bring our No. 12 Lexus RC F GT3 to the checkered flag first on Saturday.”

On track action for The TireRack.com Grand Prix at Michelin Raceway Road Atlanta begins on Friday, September 4. The race will be on Saturday, September 5 at 11:35 AM ET. You can watch live on Saturday on NBC Sports with coverage starting at 11:30 AM ET. Be sure to follow Frankie on Facebook and Twitter to stay up to date with current broadcast times, networks, and all of Frankie’s racing news.