Montecalvo Ready to Kick Off 2021 Season at Daytona 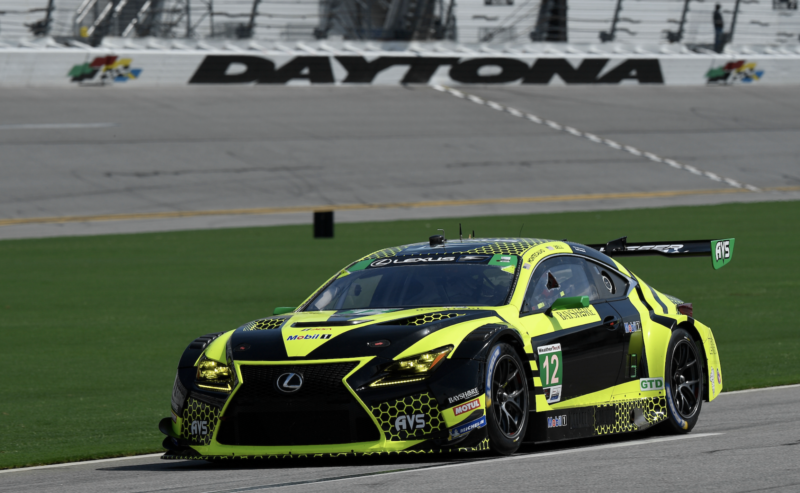 Thursday, January 21, 2021 – Highlands, NJ – After a two-month break, Vasser Sullivan Racing driver Frankie Montecalvo is ready to get back to racing as the 2021 IMSA WeatherTech season opens with back-to-back weekends of racing at Daytona International Speedway.

The 2021 season begins with the Roar Before the 24, consisting of two days of testing and a new 100-minute qualifying race set to take place on Sunday, January 24 at 2:05 PM ET. Montecalvo will compete with Vasser Sullivan Racing for the third consecutive year in the GT Daytona class in the No. 12 Lexus RC F GT3, but the driver line-up will look a bit different than the past two seasons.

Montecalvo will be joined by former IndyCar driver Zach Veach for the full 2021 season. Robert Megennis will be the third driver for the four endurance cup events, and former full season co-driver Townsend Bell will complete the driver line-up for the No. 12 Lexus.

“This will be my third year with Vasser Sullivan and Lexus Racing. I haven’t had many opportunities in the past to run three consecutive years with a program, so it’s nice to come back to a team where you know all the faces, the team, and the car. That experience really helps when you roll into a 24-hour race,” said Montecalvo.

“Going into the Roar, the biggest change will be the new drivers we’ve added to the program. I’ll be sharing the car with Zach Veach for the full season, and Robert Megennis will join us for the four endurance races. It’s going to be great to have Townsend [Bell] complete our line-up for the Rolex 24. Townsend knows so much about the car and what it takes to win the Rolex 24, so I think he’ll be able to help everyone get up to speed quickly.”

“I’m thrilled to be back with Vasser Sullivan and Lexus Racing and to get the 2021 season started. I think we say it every year, but the GTD field will be the most competitive it’s ever been. I have some phenomenal co-drivers in the No. 12 car, so I’m excited to see how things shake out at the test. It’s going to be a busy week and a half with the Roar this weekend and the Rolex 24 the following weekend, but I’m looking forward to getting back behind the wheel and back to racing.”

On track action for the Roar Before the 24 begins Friday, January 22 and continues through the weekend. The 100-minute qualifying race to determine the starting grid for the Rolex 24 will start at 2:05 PM ET. You can watch Live on NBC Track Pass or catch the delayed coverage on NBC Sports at 4:30 PM ET. Be sure to follow Frankie on Facebook and Twitter to keep up with all of his racing news.