Montecalvo Ready for Final Round of the Pirelli World Challenge Championship 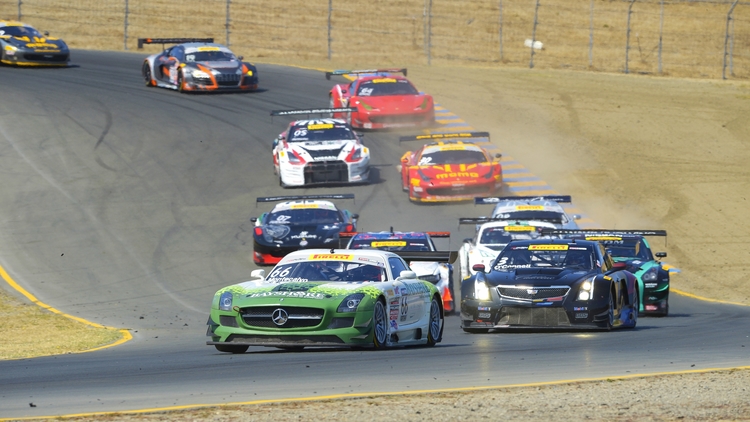 Thursday, September 10, 2015 – Highlands, NJ – It’s hard to believe, but the final round of the Pirelli World Challenge Championship is upon us, and DragonSpeed Racing Driver Frankie Montecalvo is ready to head back to California to solidify his lead in the GTA Drivers’ Championship.

Montecalvo and the DragonSpeed team head back to the west coast for Round 20 of the Pirelli World Challenge Championship set to take place at Mazda Raceway Laguna Seca, September 11-13. The 11-turn, 2.238-mile track is situated in the hills of Salinas, CA and is home to the world famous corkscrew.

Although this event marks the debut appearance of the GTA class at Laguna Seca, Montecalvo, 24, of Highlands, NJ has made several visits to the California track and is anxious to compete there for this season’s final round.

“I’m very excited to go back to Laguna Seca for the final round of the championship. I can’t believe we’re at the end of the season already. It’s flown by, but I’ve learned a lot, and it has been really fun,” stated Montecalvo.

“I’ve been to Laguna Seca several times before with CORE Autosport in the American Le Mans Series and also with Multimatic in Grand-AM, but I’m looking forward to getting back there with the Mercedes (AMG SLS GT3) and the DragonSpeed boys. Laguna has got to be one of my favorite tracks, so it’s rather fitting to end the season there at one of the best places to race.”

Montecalvo enters the weekend 195 points ahead in the GTA Drivers’ Championship battle after his win and double podium at Sonoma Raceway two weekends ago. With almost a 200-point lead, Montecalvo has secured the Championship Title but is still looking forward to a competitive race weekend with hopes of another podium finish.

“It honestly hasn’t sunk in that I’ve won the GTA Drivers’ championship, and probably won’t until the checkered flag drops on Sunday. We still have one more race, and I’m going to do everything I can to ensure that we finish in the best position and hopefully find ourselves on the top step of the podium at the end of the weekend.

“Our game plan is the same this weekend as it was for Race #1 at Circuit of the Americas – Do the best we can in the practices. Put down a really strong qualifying lap. And when it comes to the race, get out front and stay there and drive as smart and as clean as possible. The season has shown that that strategy works for us. I’m confident that it will again this weekend, and that you can hopefully find us at the top of the podium come Sunday.”

You can watch Frankie race at the following times:

You can also catch the re-air on CBS Sports Network on Sunday, September 20 at 3:30 PM EST.