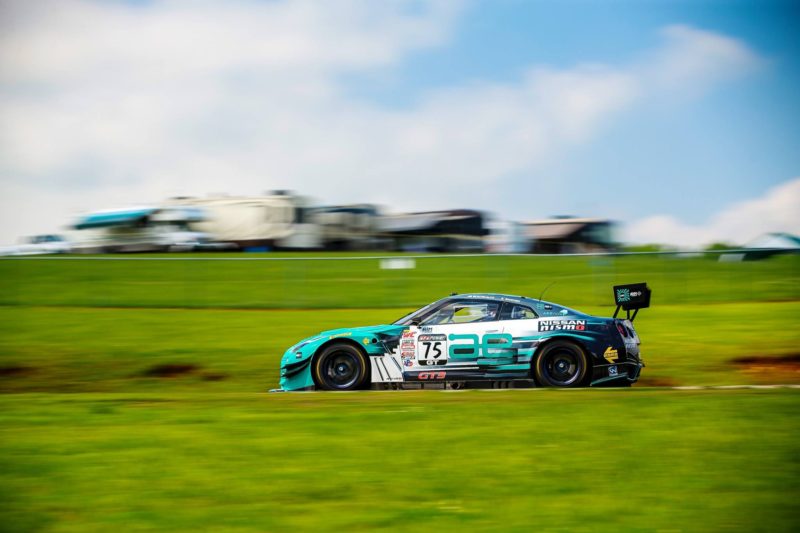 Thursday, August 31, 2017 – Highlands, NJ –Always Evolving/AIM Autosport driver Frankie Montecalvo is ready to return to the track for the final three rounds of the Pirelli World Challenge SprintX Championship at Circuit of the Americas in Austin, TX.

Montecalvo and co-driver Ricardo Sanchez enjoyed success at Utah Motorsports Campus three weeks ago when they finished second in the final race of the weekend. Montecalvo hopes to build off of that momentum going into the triple-header weekend, and has his sights set on another podium finish.

“I’m looking forward to going back to Austin. It will be nice going into the race weekend after scoring a podium in Salt Lake a few weeks ago,” said Montecalvo.

“We continue to make the car better little by little each race weekend. It’s a bit more challenging competing against teams who are running a full season and not just SprintX because they have double the preparation and testing time, but the team has been doing a great job to make the car stronger. Ricardo and I have been learning more and more about the car each weekend, and I’m looking forward to returning to Texas.”

In addition to the final two races originally scheduled for the weekend, there is a third race, which will take place on Friday. The Friday race is a make-up race from the Canadian Tire Motorsports Park event that was rained out earlier in the season.

“I think COTA will be a good track for the Nissan GT-R NISMO GT3. Having three rounds is going to be very busy, so we’re going to have to be on our A-game as soon as we hit the track.”

“We’ll have two practice sessions before the make-up race from Canada on Friday, so it will be important to make the most of those sessions to make sure we have the best set-up for the three races. It will also be extremely important to stay out of trouble, because if you have an issue or contact on the first day, it could jeopardize the next two races of the weekend.”

“I think we should be good weather-wise for the weekend, and shouldn’t see any more rain. All of us at Bayshore Family of Companies send our thoughts and prayers to all of those affected by Hurricane Harvey. I hope our fans are able to make it out to the track this weekend, because we’re looking forward to putting on a good show for the final rounds of the SprintX Championship.”

On track action begins Friday, September 1 at 9:30 AM CT with the first race scheduled for 7:30 PM CT on Friday. Race 2 will be Saturday at 4:00 PM CT, and the third race will be Sunday at 12:30 PM CT.  You can watch live at world-challenge.com/streamvideo.  Be sure to follow Frankie on Facebook, Twitter and Instagram to stay up to date with all of his racing news!