Montecalvo Ready for Final IMSA Round at Road Atlanta with AJR 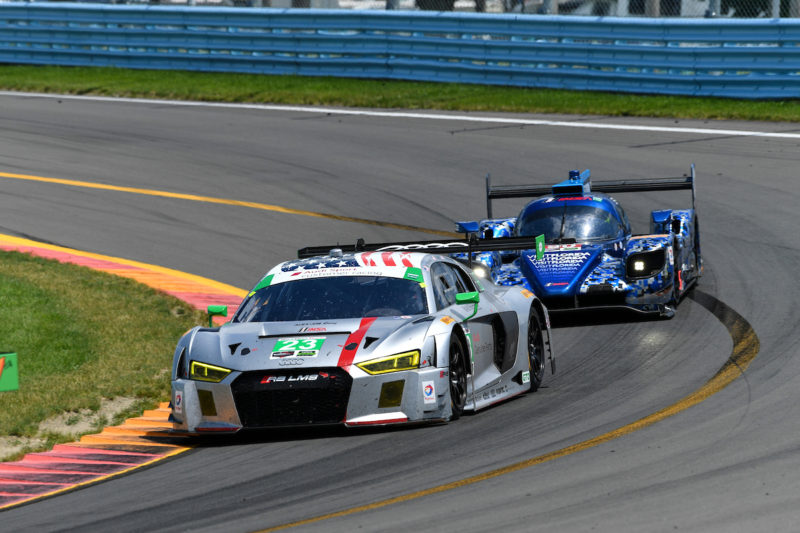 The 2017 Petit Le Mans will be Montecalvo’s third appearance at the 10-hour endurance race. Montecalvo drove a PC car on both previous visits to the Braselton, GA circuit, but this week he will once again drive the Audi R8 LMS with co-drivers Townsend Bell and Bill Sweedler in the GT Daytona class.

“I’m very excited to be back with Alex Job Racing for Petit Le Mans. It’s been a long time since the 6 Hours of the Glen, so I’m really looking forward to getting back in the Audi and teaming up with Townsend and Bill this weekend,” stated Montecalvo.

“We were lucky enough to have a test beforehand at Road Atlanta. That was a massive help for us as we were able to make improvements to the car and set up.  I think we should be able to roll off the truck and get up to speed faster, which will be a huge help since there aren’t a ton of sessions before the race on Saturday.”

Montecalvo, who has been a motorsports enthusiast from a very young age, has many fond memories both on and off the track at Road Atlanta. He hopes that with the help of Bell and Sweedler, the trio will be able to score the first podium of the season for Alex Job Racing.

“I’ve always loved Petit Le Mans and Road Atlanta. It’s such a great track and an awesome event. It was actually the first sports car race that I ever attended as a spectator.”

“I’m really looking forward to getting back behind the wheel on Thursday. I think we should have a strong car this weekend, and we’ll be pushing hard for a win when the checkered flag falls on Saturday night.”

On track action at the Motul Petit Le Mans begins Thursday at 11:10 AM EST and continues through Saturday.  You can watch the race LIVE with coverage beginning on Saturday, October 7 at 10:30 AM EST on Fox Sports 1 and then switching to Fox Sports 2 at 11:30 AM EST. Be sure to follow Frankie on Facebook, Twitter and Instagram to stay up to date with all of his racing news!