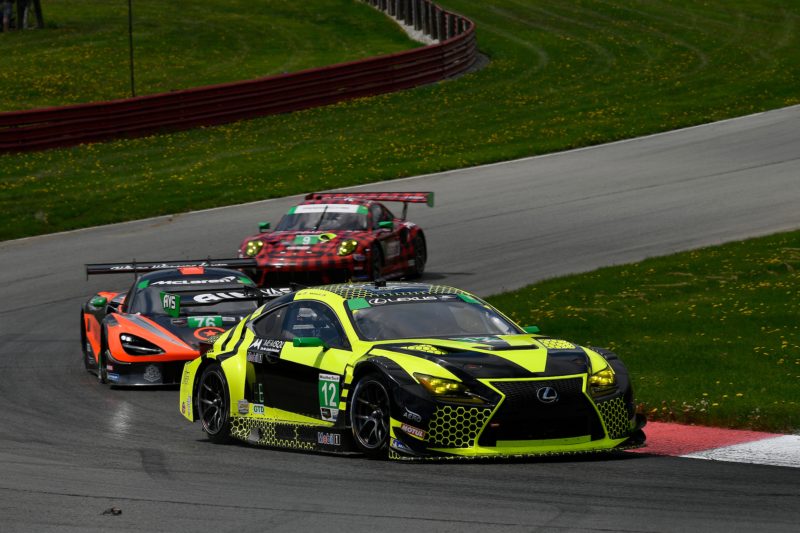 “I’m looking forward to racing at Detroit again this weekend. I’ve only raced there once before, and it was a whirlwind of a weekend back in 2015,” explained Montecalvo.

“In 2015, we had a ton of rain that weekend, so it was tough to get up to speed and figure out how to get the most out of the car at the track. This weekend is looking much better though. We may have a chance for some rain on Saturday, but we’ve had a lot of practice with the Lexus RCF GT3 in the wet and dry, so I think the team and Townsend and I are ready for anything.”

“I’m glad to have at least one race in Detroit under my belt, but I know that I still have a ton to learn about the track. With it being a shared weekend with Indy Car, our track time before the race is very limited. When we’re splitting the time between two drivers, making changes to the setup, and making sure everything functions properly, it’s always a struggle to get enough seat time.”

“Even though it’s a condensed weekend, I’m looking forward to getting back behind the wheel and to have another opportunity to race at Detroit. The more time we have with the Lexus, especially coming off of Mid Ohio, the more competitive we become, and the results for the AIM Vasser Sullivan team show. Our goal is to run a clean race and to bring home another victory for the AIM Vasser Sullivan team.”

On track action for the Detroit Grand Prix at Belle Isle begins Friday, May 31 with two practices and a late afternoon qualifying session.  Green flag for the 100-minute race flies at 12:40 PM EST. Tune in to NBCSN at 12:30 PM EST to catch all of the flag-to-flag coverage and to keep up with Frankie and Townsend in the No. 12 Lexus RCF GT3. Be sure to follow Frankie on Facebook and Twitter to stay up to date with current broadcast times as well as all of Frankie’s racing news.