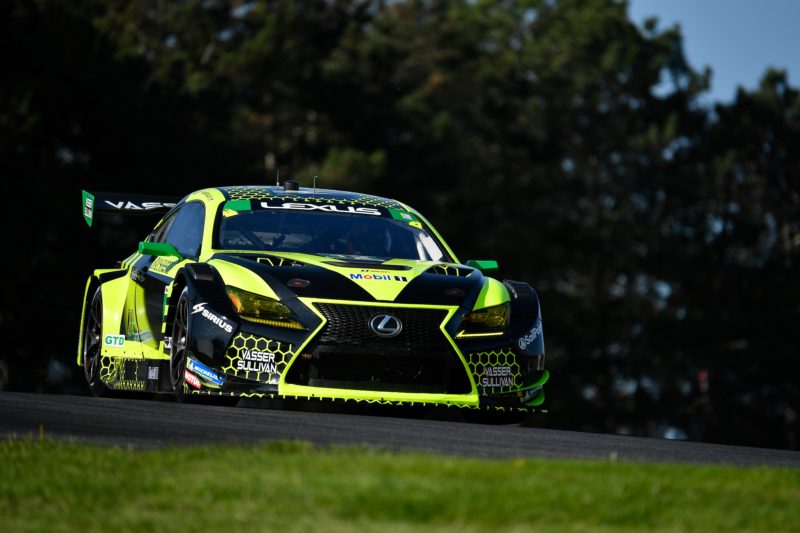 Thursday, May 12, 2022 – Highlands, NJ – Vasser Sullivan driver, Frankie Montecalvo, is ready to take on the Lexus Grand Prix at Mid-Ohio. After scoring a second-place finish at the 2.4-mile circuit in 2021, Montecalvo is hopeful to stand on the podium once again on Sunday.

“I’m excited to get back in the seat this weekend for the Lexus Grand Prix at Mid-Ohio. I really enjoy driving this race. It’s a great event, and now to have Lexus as the title sponsor is fantastic,” said Montecalvo.

“Mid-Ohio has been a terrific track for the Lexus RC F GT3. Last year, we scored a second-place finish in the No. 12 car, and we’re hoping to be back on the podium this weekend.”

“The surface has several patches of new pavement throughout the 2.4 miles of roadway, but the Lexus works very well at this circuit. We’re expecting mild temperatures all weekend, but there is a potential for rain on Saturday and Sunday. We’ve seen in the past that the Lexus thrives in the rain, so we’ll be ready for anything.”

“The Vasser Sullivan crew has been hard at work getting the car back from the west coast and set up for Mid-Ohio. Each weekend we have continued to get stronger and faster as a team, so I know we will roll off the truck with a car that will be at the top of the charts on Friday.”

“Having Lexus as the title sponsor this weekend is going to be incredible. Lexus has always had a strong presence at this event with so many fans coming from all over to support us. It puts a little more pressure on us to bring home a win. Aaron Telitz and I, along with our sister car, are ready for the challenge.”

On track action for the Lexus Grand Prix at Mid-Ohio begins on Friday, May 13 and continues through the weekend. The green flag flies on Sunday, May 15 at 2:10 PM EDT. You can watch Frankie race live on the USA Network or the Peacock App with coverage beginning at 2:00 PM EDT.  To stay up to date with current broadcast times and all of Frankie’s racing news, be sure to follow him on Facebook and Twitter.