Montecalvo Hopeful Car is Ready in Time for Barber 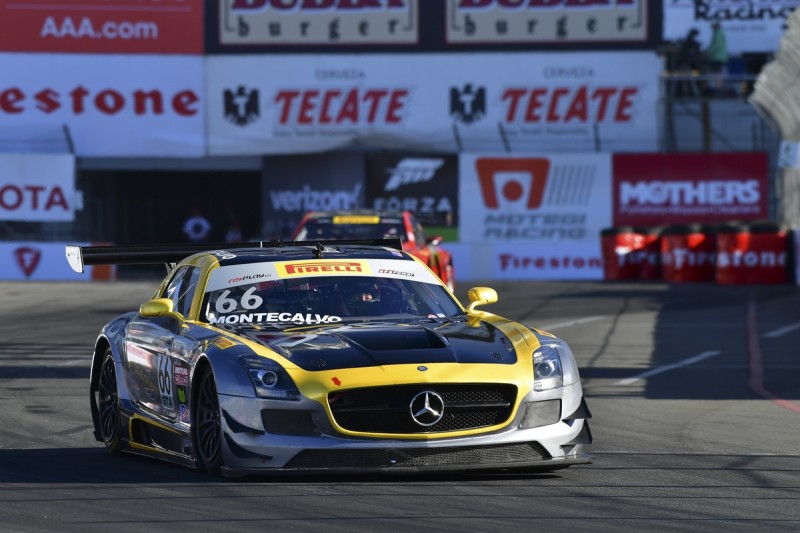 Wednesday, April 20, 2016 – Highlands, NJ – After a disappointing result at the Long Beach Grand Prix in 2015, Dime Racing driver Frankie Montecalvo was hopeful to turn his luck at Long Beach around and continue his podium streak at the fifth round of the Pirelli World Challenge Championship.

When Montecalvo, 25, of Highlands, NJ got food poisoning the first day he arrived to Long Beach, he worried that his luck at the infamous street circuit had gotten worse. But when he got in the car the next afternoon for the first practice, he was pleasantly surprised.

“Going into the first practice on Friday, I still wasn’t feeling well, and we actually only ran forty minutes of the hour long practice because of how I was feeling, but the car was great,” explained Montecalvo.

“The Dime guys have been working so hard on the car to get everything fixed and we rolled off really great for the first practice. The time off gave them the opportunity to really get into the car and get all of the little things fixed, so that was a huge positive.”

Throughout the weekend Montecalvo’s health and the car both showed improvements. On Saturday, Montecalvo qualified second in class and was ready to race his way to another podium finish the following morning.

“I thought race day was going really well. The start went fine and we had good pace, but then the ABS shut off. I didn’t realize it had shut off, so when I went into the corner, it caused a rear lock up and the rear end of the car went into the wall. We think that a wheel speed sensor shut off or the bumps killed it. So unfortunately, that was the end of our day.”

“Before all of that though, the day started out really well. The car was quick. The guys had done an awesome job and even though there were a couple of incidents that caused full course yellows, we were able to stay out of trouble until the ABS failure.”

Rounds six and seven of the Pirelli World Challenge Championship are this weekend at Barber Motorsports Park in Birmingham, AL. The Dime Racing team has a big challenge ahead to get the car ready for the weekend’s events.

“Right now, it’s going to be a stretch for us to be ready in time for Barber. The guys are working as fast as they can, and AMG has shipped us parts overnight, but it’s still going to be tight.”

“I have great confidence that they’re going to be able to get the work done, because luckily we didn’t hit any of the suspension or have any damage to the chassis. We really just knocked off the rear bumper carrier and the wing, which are important parts, but it’s not a part of the car that holds everything together like the chassis or tub.”

“I’m really looking forward to Barber. It’s a great track, and we had a fast car there in 2015. We qualified on the pole for the second race there last year and unfortunately got taken out early, but I’m looking forward to getting back there and know that the Dime Racing guys are working as hard and as fast as they can to get the car put back together so we can race on Saturday.”

You can catch all of the action from Barber Motorsports Park at the following times: