Montecalvo Eager to Face 6 Hours of the Glen 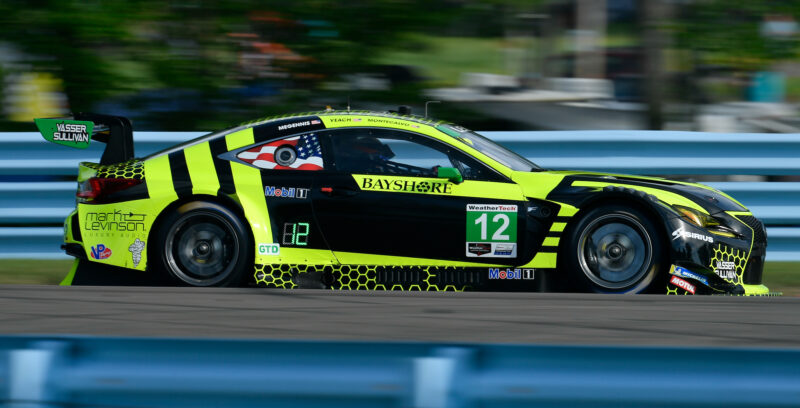 After a P2 finish at the WeatherTech 240 at Watkins Glen in 2021, Montecalvo knows the iconic Watkins Glen circuit suits the No. 12 Lexus RC F GT3 well. With two podium finishes and a fourth place coming off the Detroit Grand Prix, Montecalvo is hopeful to score his first endurance championship podium of the 2022 season at The Glen.

“I’m looking forward to getting back to the Glen this weekend with Aaron and Richard. It’s great to have Richard back for the third round of the Endurance Cup Championship to complete our line-up in the No. 12,” said Montecalvo.

“The Vasser Sullivan team is functioning perfectly. I feel like we’ve really hit our stride in the last couple of races. Coming off Detroit with a fourth place for the No. 12 and first place for our sister car shows how strong the team is performing.”

“We saw in 2021 how well the Lexus RC F GT3 performs at this track. We scored second-place in the sprint race last year, but we’re hopeful to bring home a podium finish for the six-hour this weekend.”

On track action for Montecalvo begins Friday, June 24 and continues through the weekend. The green flag flies for the Sahlen’s 6 Hours of the Glen on Sunday, June 26 at 10:40 AM EST. You can watch the race live in its entirety on the Peacock App. You can also watch on the USA Network with coverage beginning at 2 PM EST. To stay up to date with current broadcast times and all of Frankie’s racing news, be sure to follow him on Facebook and Twitter.