Montecalvo Drives to Another Podium Finish at Lime Rock Park 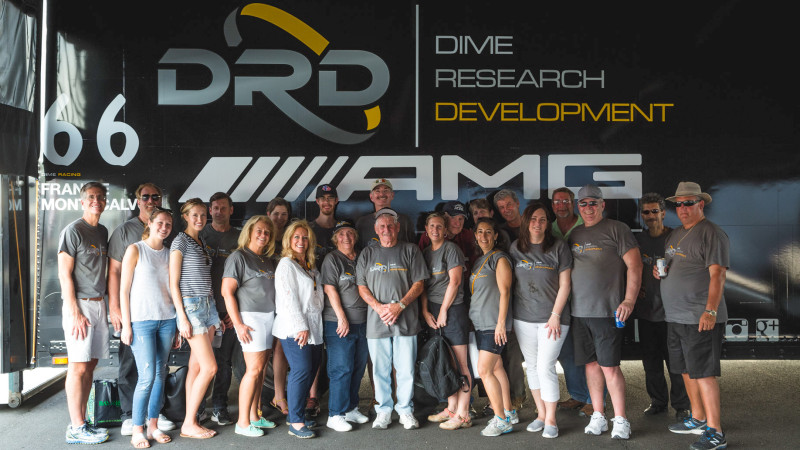 Wednesday, June 1, 2016 – Highlands, NJ – Dime Racing driver Frankie Montecalvo drove his way to another podium finish during this weekend’s Pirelli World Challenge Championship festivities at Lime Rock Park. After having trouble late in Race #1 with a blown out tire and not being able to finish the race, Montecalvo was more than ready to get back on track Saturday for Round 11.

“We had a pretty uneventful weekend at Lime Rock. It’s a great track to drive, but the Mercedes struggled a bit there this weekend,” explained Montecalvo.

“Because of the track layout and traffic, we were between gears for the majority of the track, so it made it difficult to really maximize everything from the car. In Friday’s race we had a cut in a tire or hit some debris that caused the left front tire to completely blow out. We originally thought there might be some suspension damage, but we were able to change the tire and tighten a few things up and were able to get back out for the second race on Saturday.”

The Dime Racing Mercedes AMG SLS GT3 will be re-tubbed before Rounds 12 and 13 of the Pirelli World Challenge Championship at Road America in June.

“Going forward to Road America, we will have a new tub from Mercedes. I’m really looking forward to this new chassis, because the current chassis is the same one that we raced with last year, so it’s been raced really hard, and after we had the hit in Long Beach, it hasn’t really been the same. I think we should see a lot of improvement at Road America. It was a great race for us last year, and I hope that we will have another really good weekend there in June.”

Don’t miss Rounds 12 and 13 of the Pirelli World Challenge Series at Road America on June 23-26. Stay tuned for updates from Frankie and for details on how to watch him race Live at one of his favorite tracks in America.