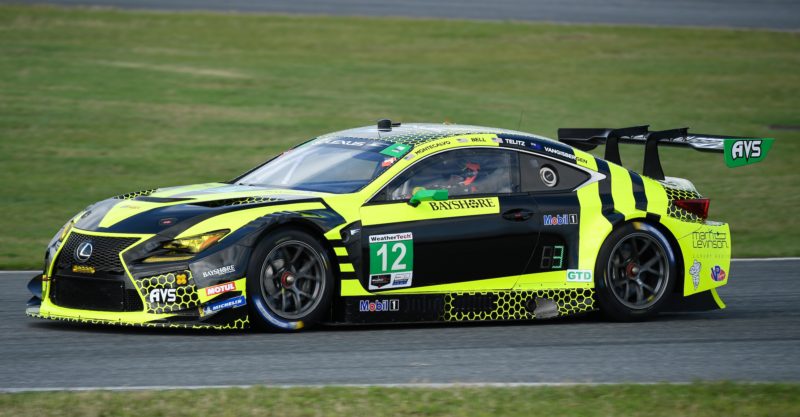 Montecalvo will once again team up with full season co-driver Townsend Bell for the 2020 IMSA WeatherTech Sportscar Championship. Aaron Telitz will join the duo for the four endurance events, and Shane Van Gisbergen will complete the line-up for the Rolex 24 in two weeks.

“It’s great to start a new season with the same car and the same group of faces that we got accustomed to last year. When you get in the car, you know how to drive it, where all the switches are and what all the buttons do, so it makes it a little bit easier to jump in and start making progress,” explained Montecalvo.

“We’ve been able to progress the car in every single session of the Roar since we rolled off the truck. The car keeps getting better and better. The Roar is the perfect time to not only perfect what we know, but also to experiment with some different setups to see if we can get even more out of the car.”

The Roar featured a 15-minute qualifying session to determine garage stalls for the Rolex 24. Montecalvo scored the fastest time in the GTD class with a 1:46.754 lap.

“It’s really nice to be able to show the pace of the car in qualifying and to secure a good garage spot for the crew. It puts us a little bit closer to the pits which is nice during the Rolex 24 week. I’m really happy to be able to put AIM Vasser Sullivan and Lexus at the top of the charts for the weekend, and our plan is to continue the momentum we’ve gained here at the Roar and roll it into a successful Rolex 24.”

“Last year we finished second at Daytona, which was amazing because it was my first time on the podium at Daytona, but the goal is always the top spot. We’re going to be working hard over the next two weeks so that when we come back we’ll be even more prepared and ready to rise to the challenge and come away from the weekend as the winners.”

The Rolex 24 at Daytona kicks off on Thursday, January 23 and continues through Sunday, January 26. For the first time ever, the Rolex 24 broadcast will begin on NBC Network at 1:30 PM EST on Saturday, January 25. You will be able to catch the entire race on the NBC family of networks. Be sure to follow Frankie on Facebook and Twitter to stay up to date with current broadcast times, networks and all of Frankie’s racing news.