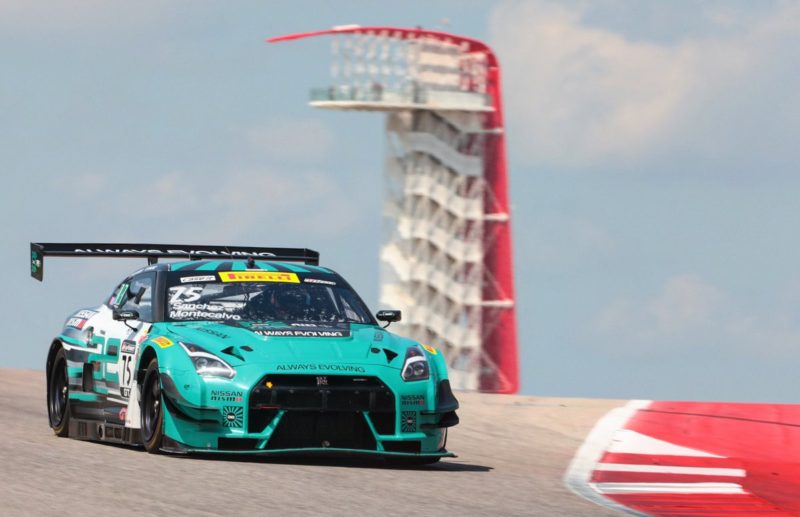 The first race of the weekend was held on Friday and served as a make-up race for Round Four at Canadian Tire Motorsports Park, which was rained out.

“Friday’s make-up race didn’t go as well as we planned. We missed the setup a little bit and we had brake issues,” explained Montecalvo.

“There must have been air in the line because Ricardo started having problems early on with a few long pedals. The same thing happened for me, and I was dealing with older tires, so we just played it safe but were still able to come away with P4.”

“We learned a lot on Friday setup-wise, which made the car a lot better for Saturday’s qualifying.”

On Saturday Montecalvo qualified the No. 75 Nissan GT-R NISMO GT3 on the pole in GTA class and tenth overall.

“I was really pleased to qualify tenth overall and first in class. The race went well for me. I had a good start and was able to pick off a few cars and ended up first in class and seventh overall before handing the car over to Ricardo.”

“The car was quick, but I knew that we had to watch our tire wear, so I took it a little conservative during my stint. Ricardo did a good job when he took over. He was hit by the Mercedes, which cut a tire so he had to make another trip to the pits, which set us back several positions.”

“After that there was a yellow flag. We were able to catch back up to the pack, but unfortunately we had heavy contact with another car. We finished the race P4 in class, but unfortunately, the damage from that impact was such that we were unable to race in Sunday’s race.”

“I can’t thank the Always Evolving/AIM Autosport team enough for giving me the opportunity to drive such an incredible car with such a great team and co-driver. I enjoyed racing in the Pirelli World Challenge SprintX Championship and look forward to the 2018 season.”