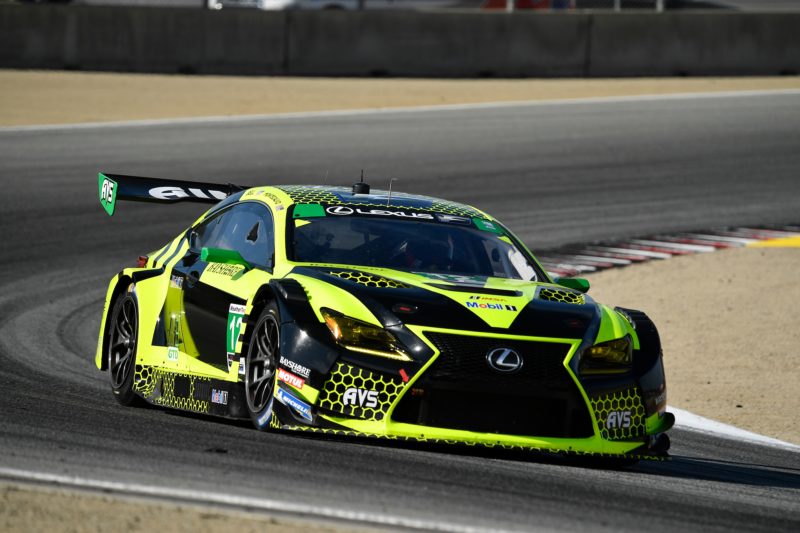 “It’s always great getting back to Laguna Seca. I love the area and love the track, but it’s a circuit that we’ve had difficulties with in the past as it is a very low grip. The team did an amazing job getting the car set up and making improvements from what we learned here last year.”

“Qualifying went well for us in the No. 12 car. We were able to qualify in the top five and thought we would be able to hold on to the third spot for a while but elected to do a limited amount of laps to save our tires for the race. I think our strategy was a good one, and we had fresher tires than some of the guys who qualified ahead of us for the start of the race.”

“The race start was uneventful. My goal was to run as clean as possible to give Townsend a good car at the end. Townsend had a great run. He was able to keep us in the top ten and in the fight with the others. After the last yellow flag came out, there was a lot of banging and fighting going on. He was able to stay out of trouble and bring the car home in 8th.”

“Our ultimate goal for this race and the final race at Sebring is to bring home as many points as we can for Lexus, who is currently leading the manufacturer championship in the GTD class. Lexus and our teammates in the No. 14 car have won the Sprint Cup Championship, and now our focus is to give everything we can at Sebring to bring home the maximum amount of points for the team.”

“It was important for us to stay out of trouble at Laguna to minimize the amount of work the guys will have to do before Sebring, and I think we accomplished that. I cannot thank Lexus and the entire AIM Vasser Sullivan team enough for everything at Laguna, and now it’s full steam ahead to Sebring. We know the Lexus RC F GT3 is competitive at Sebring, and we’re hoping to finish the season strong and bring home another win for the AVS team there next weekend.”

The next race for Montecalvo and Bell will be the Mobil 1 12 Hours of Sebring. On track action begins Thursday, November 12, and continues through the weekend, with the race starting at 10:10 AM ET on Saturday, November 14. Be sure to follow Frankie on Facebook and Twitter to keep up with current broadcast times and all of Frankie’s racing news.