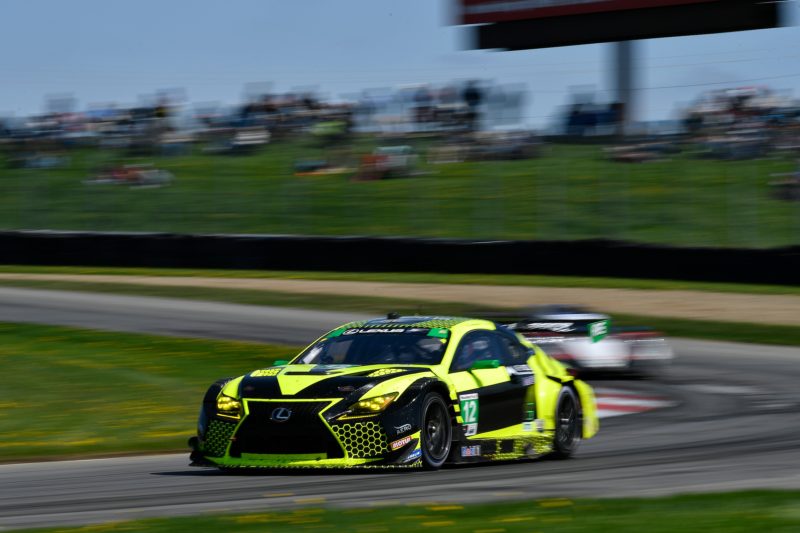 Wednesday, September 23, 2020 – Highlands, NJ – After a two-week break, Aim Vasser Sullivan driver Frankie Montecalvo, alongside co-driver Townsend Bell, is ready to take on the Mid-Ohio Sports Car Challenge. Montecalvo and Bell have scored four top-five finishes in the last five races and are hopeful of scoring another this weekend.

“I’m happy to be heading back to Mid-Ohio. It’s a great road course that’s very tight and technical. It’s difficult to pass there, but that always makes it challenging and exciting,” said Montecalvo.

“Historically, the Lexus RC F GT3 has had a great run there. The No. 14 has picked up a couple of wins at Mid-Ohio, so we know the track suits our car well. With our momentum and the continual improvements that we’ve been making as a team, I feel like we should have a good shot at another top five finish this weekend.”

With five races remaining, the battles for team and driver championships are heating up and remain extremely close. Montecalvo and Bell are tied for fourth but are only four points behind their teammate in second place and only 16 points behind first.

“The Acura had a solid run at Road Atlanta that ultimately put them at the top of the championship standings, but we still have several races to go, so we need to remain consistent and make sure we’re in the top five at the end of each weekend. Wins would obviously be ideal, but if we can stay consistent and finish in the top five or better, I think we should be in a good position when we get closer to the end of the season.”

“Like always, the AIM Vasser Sullivan team is doing everything they can to give us the best car every single weekend. They’ve taken what we’ve learned from each race and put it into practice at the next events, and it’s shown in our results. I know this weekend will be no exception, and I’m looking forward to the race on Sunday and hopefully getting back to the podium.”

On track action for the Mid-Ohio Sports Car Challenge begins Friday, September 25, and continues through the weekend. The race will be on Sunday, September 27 at 2:05 PM ET. You can watch Frankie and Townsend race live on the NBC TrackPass App with coverage beginning at 2:05 PM ET. Be sure to follow Frankie on Facebook and Twitter to stay up to date with current broadcast times, networks, and all of Frankie’s racing news.