Montecalvo Completes Productive Roar Before the 24 at Daytona 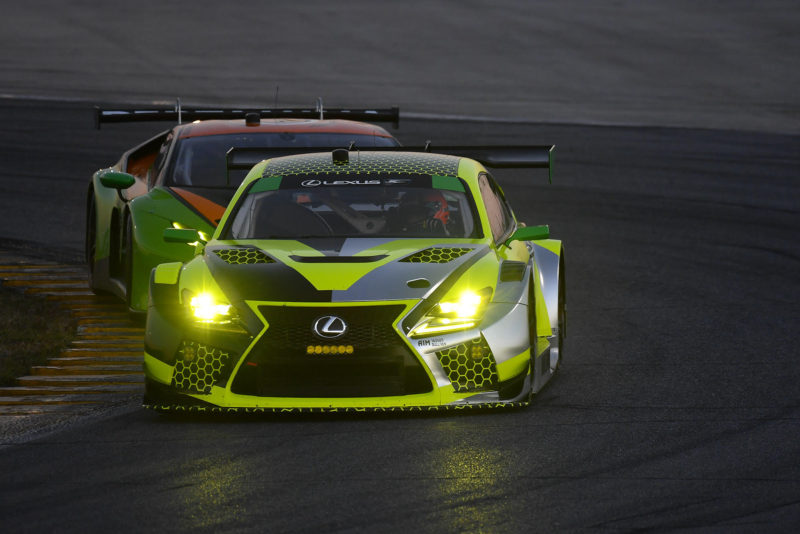 Tuesday, January 8, 2019 – Highlands, NJ –AIM Vasser Sullivan driver Frankie Montecalvo completed a successful Roar Before the 24 Test at Daytona over the weekend. Montecalvo will pilot the Lexus Racing Lexus RC F GT3 for the full IMSA WeatherTech Sports Car Season along with teammate Townsend Bell.  Jeff Segal and Aaron Telitz also took part in the test and will join the duo for the Rolex 24 in two weeks.

“I couldn’t be happier to be teaming up with AIM Vasser Sullivan and Lexus Racing to compete for a full season GTD Championship. The last couple of years I’ve only competed in the endurance races, so to settle in with a team for the full season and compete for the championship is something I’m really looking forward to,” said Montecalvo.

“It’s great to get back behind the wheel of the Lexus RC F GT3.  I had my first taste of the car at the test in mid-December and absolutely fell in love with it. The three days we had at the Roar were very productive, and we learned a lot about the setup, the Michelin tires and what we need to do to extract the most out of the car and the tires.”

The IMSA WeatherTech series held qualifying for each of the classes to determine pit and paddock position for the Rolex 24. Montecalvo qualified the #12 Lexus RC F GT3 P2 in class. A second position qualification gives the AIM Vasser Sullivan team prime position in both the paddock and on pit lane for the Rolex 24.

“I’m really happy with our qualification results. I knew the car had it in it, and I’m glad to come away with a P2 result and a great position in the paddock and pit lane for the race. I knew I needed to push hard in the bus stop, and I think that’s where we were able to excel over the competition. The car performed flawlessly, and I can’t thank the AIM Vasser Sullivan guys enough for a great weekend and such an awesome car.”

“I can’t wait to come back to Daytona for the Rolex 24 in two weeks. I’ve finished in the top five a few times now, but I’ve never made a trip to the podium. It would be absolutely unreal to win this race. It’s something I’ve dreamt about since I started racing, and I think the combination of the AIM Vasser Sullivan team and our driver lineup really has the potential to come away with the Rolex 24 win.”

The first race of the IMSA WeatherTech Sports Car Championship is the Rolex 24 at Daytona on January 26 and 27. Be sure to stay tuned and follow Frankie on Facebook and Twitter for racing updates, broadcast times and to keep up with all of the racing action during the 2019 season!