Montecalvo Ready to Take On the Rolex 24 with Scuderia Corsa 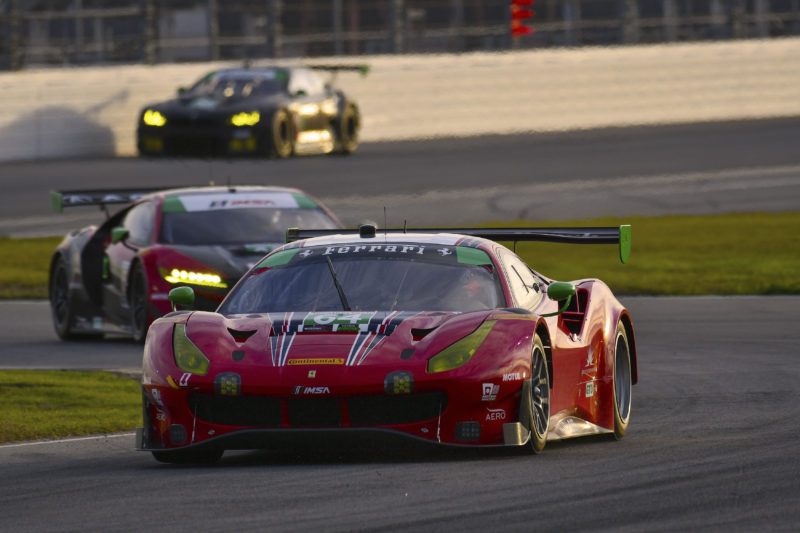 Monday, January 22, 2018 – Highlands, NJ – Scuderia Corsa driver Frankie Montecalvo is ready to compete in his third Rolex 24 at Daytona. The 56th running of the twice around the clock enduro will begin Saturday at 2:40 PM EST at Daytona International Speedway.

Montecalvo will join the Calfiornia-based team, Scuderia Corsa, for the 2018 season and will compete in the four-round Tequila Patron North American Endurance Cup (TPNAEC) in the No. 64 Ferrari 488 GT3. Although the team is new to Montecalvo, his teammates are not. Montecalvo will once again team up with Bill Sweedler and former Verizon IndyCar driver Townsend Bell. British racing driver Sam Bird will complete the line-up for the Rolex 24.

“I am very excited to join Scuderia Corsa with my teammates from last year, Bill [Sweedler] and Townsend [Bell], for the Rolex 24,” stated Montecalvo.

2018 marks Montecalvo’s third appearance at the Rolex 24. His first Rolex 24 was in 2014 in the PC Class with PR1 Motorsports. In 2017 he finished sixth in class in the GTD Class with Bell and Sweedler in the Alex Job Racing Audi R8 LMS.

“I absolutely love Daytona and feel very grateful to be part of such a prestigious race with so much history. This will be my third time competing in the Rolex 24, and this is definitely a race that I really want to do well in. I think every driver after 24 hours wants to be able to stand on the top step of that podium and get a Rolex, and I’m no exception.”

“We had a productive test at the ROAR. I drove a Ferrari 458 at Le Mans in 2014, so the 488 GT3 was a bit different and has lots of power, but I felt very comfortable in the car by the end of the weekend.”

“I’m excited to be part of Scuderia Corsa for the TPNAEC, and I can’t wait to get back to the track later this week. It’s going to be a tough field, especially with all of the entries in GTD, but with the combination of our team, driver line-up and car, I think we have potential to be there in the end fighting for a podium finish.”

Thursday kicks off an action packed weekend at Daytona International Speedway with three practices and a qualifying session. The final practice before will be Friday morning. The race begins on Saturday at 2:40 PM EST. You can catch the green flag on FOX Network with coverage beginning at 2:00 PM EST on Saturday. Be sure to follow Frankie on Twitter, Instagram and Facebook to stay up to date with all of his racing news throughout the weekend!